Hiding behind a screen 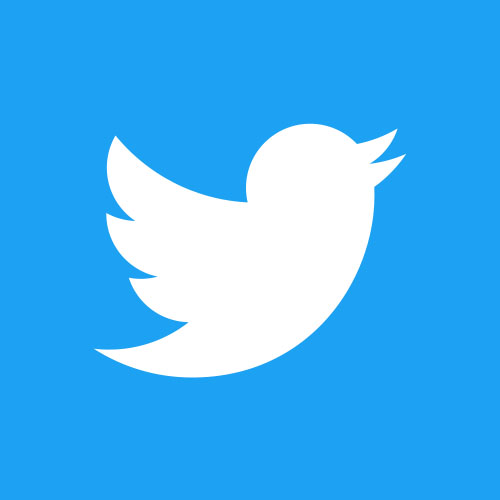 Using Twitter as their platform of choice, the account @mosources anonymously attacks liberal students for their views, revealing for many students what online anonymity really means.

Posing as a senior named Monroe “Mo” West, an unidentified conservative student has been unrelentingly harassing liberal students via twitter.

“This account is nothing more than a troll trying to get rises out of people,” Zebe Loun, senior, said. “Whoever it is running this account knows that you can pretty much get a rise out of people who care most about an issue by saying ridiculous things like that you only use facts then stating an opinion.”

According to Loun, the account has succeeded in getting rises out of people (better known as “trolling”) in quite a few different ways.

“They’ve gotten rises out of people with general harassment; tweeting at you, going back a fair bit into your feed to find things that you’ve said, like, three months ago to comment on that are just not necessarily something that needs to be brought up again,” Loun said. “I know that this person has gone back into Maxi Musseg’s twitter two or three months to just after the election to find one of the tweets that she had put up then.”

Not everyone who has viewed the content of this account or gotten involved with it interpret their actions this way, however.

“This is a political account attacking other students for their political beliefs. It’s okay to have your own political views because that’s part of your identity,” Kaity Hardwick, senior, said. “I think they don’t mean to be a bully. I really do think they do have good intentions trying to get their opinions across, and telling people that there are people in the world with different opinions than them, but they don’t realize that what  they’re saying is hurting people and that the way they’re saying it is offensive.”

Hardwick’s belief that everyone should have the right to believe what they want to is what got her involved with the account in the first place.

“They were attacking my friend and I jumped in to say it’s okay to believe in what you want to believe in, but let’s not attack our fellow students,” Hardwick said. “I would go after them and they would go after me and it kind of continued for a week or two

“I didn’t realize it was troll at first, so I started out trying to actually have a conversation with this person, and they decided to get all “semantics” about something I had said about providing a source for something I had made a claim to,” Loun said.

Upon his realization that the account did not want to have a real conversation with him, Loun removed himself from the situation.

“Realizing then that it was troll, I blocked the account, which they then tweeted about as a ‘win,’” Loun said.

However, Loun couldn’t let this internet bully win the fight.

“I then unblocked them to troll them myself, to be entirely frank about it. Mostly I got involved because it was just something to do,” Loun said. “Whoever this person is, they had harassed a couple of people who are my friends. I wanted to pay back the due since I can talk circles around people by just being obnoxious.”

Obviously, one way to combat harassments by anonymous accounts such as this one, is to just ignore them. Loun, however, has a few different ideas.

“If they’re an anonymous account, the best thing you can do is like Kyle Cahill did recently,” Loun said. “He tweeted a picture of his student ID and said ‘I will continue talking to you when you post yours.’”

The account responded to Cahill’s ultimatum by posting a picture of an obviously photoshopped student ID, proving once and for all that he is not willing to own up to who he actually is.

Internet anonymity in this situation proves time and time again to be the main concern of students being attacked.

“By being anonymous they allow themselves to be able to be obnoxious, and annoying, and harass people online constantly without actually having to accept the real life consequences,” Loun said.

Hardwick agreed with Loun’s analysis of internet anonymity and brought up a few of the dangers of it.

“I think they know what they’re doing is wrong. It’s fine if they’re going to believe something that someone else doesn’t believe, but I think that they way they’re going about it is not appropriate,” Hardwick said. “I think it’s so easy to say anything if your name isn’t attached to it. It’s so easy to bully someone or pick on someone online if you know that they’ll never know it’s you. It could be your best friend and you’ll never know who it is.”

Creating coherent arguments, not giving them what they want, and not getting emotional are, according to Loun, the best ways to combat anonymous internet attacks such as the owns “Mo West” is instigating.

“The best thing to do is to just understand how logical arguments are formed and use credible sources, then tweet them the links so they realize that you know what you’re talking about and you can have a real conversation about this,” Loun said. “Recognize that if you don’t get emotional, and call the person names, they won’t be getting the rise out of you that you want.”

Loun also believes that by taking the conversations out of public view, one can fight it.

“Do something like direct-message them with sources and arguments (because I know you can put a lot more characters into that than you can into a tweet) they won’t respond because they are just looking to have that twitter fight online,” Loun said. “They want it to be a public thing. If you can de-construct their argument and keep yourself calm and unemotional, that will be the best way to keep them from coming after you again.”