Shining behind the scenes 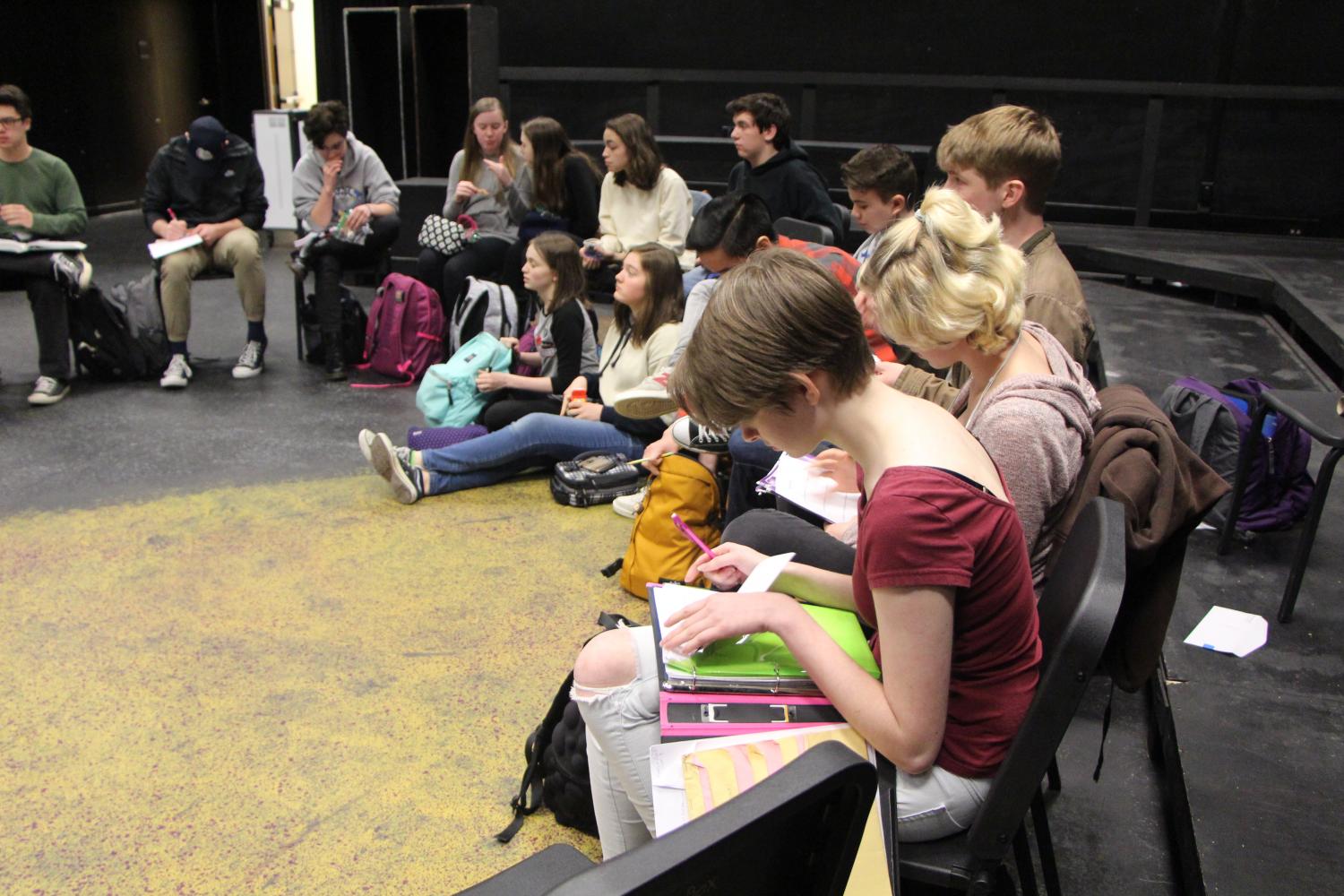 The bonds between the thespians is beneficial to them in all aspects of their lives. “Working and playing,” said Ares, “alongside like-minded actors, techs, and all-around performing arts lovers, feeds their creativity, encourages teamwork, and the support from their peers drives them to try new things.”

After months of hard work and rehearsals, audiences usually only see the onstage aspects of productions. What they don’t necessarily see however, is all the hard work that the technicians are doing backstage. Luckily, West Linn has some of the best technicians in the state.

“I basically was first in state in my competition, which was stage management.” said Dara Willmarth, senior, thespian and stage manager, “It’s really cool cause with that and the tech challenge that we won it’s like the standard for West Linn High School. Our standard is so high it’s best in state, which is really fun and awesome because we produce such high quality things.”

During the development of shows, thespians stay after school everyday for hours making sure everything is perfect. “You’re here from eight in the morning until eight at night pretty much on the hard days and you’re here everyday after school.” said Willmarth, “It’s really hard to do basic human functions when you’re here for that long”

This work all leads up to entering competitions at the state thespian conference. There are many different workshops along with the individual events that thespians can compete in. There are also fun, team events to take part in.

“There’s a tech olympics team challenge thing where you’re in a team of seven technicians for the shows.” said Willmarth, “We go and compete in basic technicians tasks, like sewing a button and hanging and focusing a light, which is really important for theater, and you do like coiling cables and stuff. That was the most fun thing we did because they were the people that I was really close with because they were the techs and I’m not really an actor. I’m close with my actor friends but that was fun because it was us.”

While this may seem competitive, it’s a very loving and encouraging environment.

“State is pretty much always great.” said Maxi Muessig, senior, thespian and stage manager, “It’s very much a celebratory showcase of high school theatre in Oregon, as two or three different troupes each year perform shows at a very fancy theatre from the 1920’s called the ‘Elsinore’ and crew members from pretty much all the participating schools submit technical entries that are displayed for people to look at.”

“The advice of Mr. Beckingham and Mr. Ares, director and technical director respectively for “The Provoked Wife”,” said Muessig, “was also invaluable while I was putting together my book and preparing my presentation.”

However, even more important was the dedication and organization that Muessig and Willmarth had.

“The key to their successes is in their mutual organizational skills.” said, Jon Ares, performing arts technical coordinator, “Both pay very close attention in rehearsals, take extremely careful blocking and rehearsal notes, and they also keep meticulous notes and reports, and their ‘Call Books’- scripts with all the many sound, light, and set change cues- are very accurate, tidy, and follow the professional standards established in the ‘real world’.”

The high standards and dedication that Willmarth and Muessig have demonstrated throughout their years as thespians will be continued in the upcoming play “Shorts 18” and by others in years to come. Anyone interested in continuing this tradition of excellence is encouraged to come to the thespian meetings during lunch on Thursdays.