Delegates of the next generation 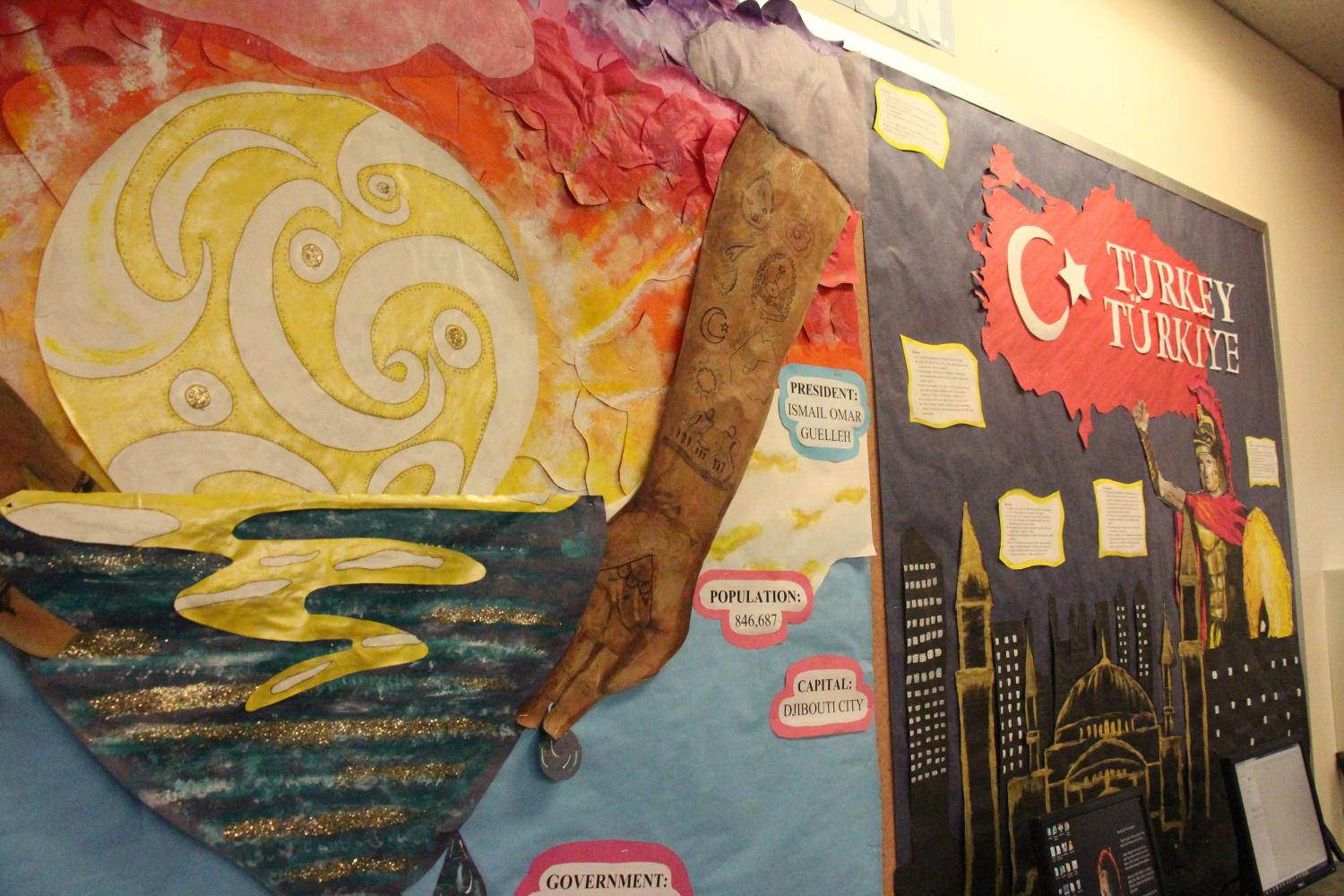 Model UN students had a final meeting on April 19, where they rewatched footage from the event and talked about their experience in the club. “I loved being able to sing Karaoke with other schools during the late evenings,” Eric Tran, senior, said “especially when the committees were over.”

After three days of discussing, debating and sleeping minimum hours, the long standing model United Nations (UN) club traveled to University of Oregon for the biggest competition of their season.

“There is only one conference this year,” Carissa Russell, sophomore, said “but to raise money we will have events at the school.”

Russell, being one of the thirty-six members apart of the club, joined this year. Russell knew the club was important for her future career based on her interests in global relations.

“I joined model UN because I wanted to learn more about what was happening in the world,” Russell said “I am interested in working with the United Nations in the future.”

While there are a multitude of diverse roles in Model UN for students, Russell was given a important task in human relations- something she felt was important yet challenging for her not to get her person biases involved.

“I was a representative for Turkey in Health and Human Services,” Russell said “It was challenging for me to represent my country without putting my own opinion into the debate that the committee is having.”

Other students in Model UN had broader roles that they were able to take over after their previous years apart of the club.

Hartner, who joined the club after a suggestion from her sister, soon enjoyed every aspect of model UN, including the multitude of skill sets she was able to polish during her work with other students.

“I have gained many skills, one of the main ones being getting better at public speaking and sharing ideas,” Hartner said “I also learned how to work well with a large group of people when it comes to forming plans or solving large issues”

During the conference many of the students involved also felt that the event was rewarding even though they barely had a moment to breathe.

While the actual conference itself was extremely busy, students also stressed the amount of time they put in beforehand to prepare for the conference.

“We would have our own conference simulation as well as writing research papers of various topics,” Eric Tran, senior, said. “In addition, we would occasionally do fundraising events for the trip which gave me the opportunity to work with people from the WLHS team as well.”

Tran became involved with the team his freshman year, and continued during his four years in school. During his time at his final conference, Tran was able to receive an award along with other students and the advisor, Todd Jones.

“Among the thousands of students there this year, three WLHS students took home awards for best representing their country or for being the best consensus builder,” Tran said “Given the amount of participants, this is really impressive. In addition, our adviser, Mr. Jones, won an award for being the best teacher adviser this year. There are a lot of great teacher advisors, but Mr. Jones really is the best and his award was well deserved.”

Regardless of their busy schedule, all students from various grade levels still had moments to spend time with club members and have a chance to relax.

“My favorite part has to be at the conference meeting new people, and also karaoke night,” Russell said “West Linn delegates always have a great time then.”

With this event ending Model UN, those that will be able to stay involved in the upcoming years will always remember the fond memories from this year.

“The most memorable part of the conference wa just getting to know a bunch of different people that I would have otherwise not been able to meet and to discuss world issues with a lot of really amazing people,” Hartman said “it gives you a new perspective of the world.”

Other students share the sentiment, and have high hopes for their upcoming years apart of the club.

“I really will remember the people who I got to meet and the experience,” Russell said “From the heated debates to the karaoke and the passing around of cake and drinks in hotel rooms.”