The sword of the executive 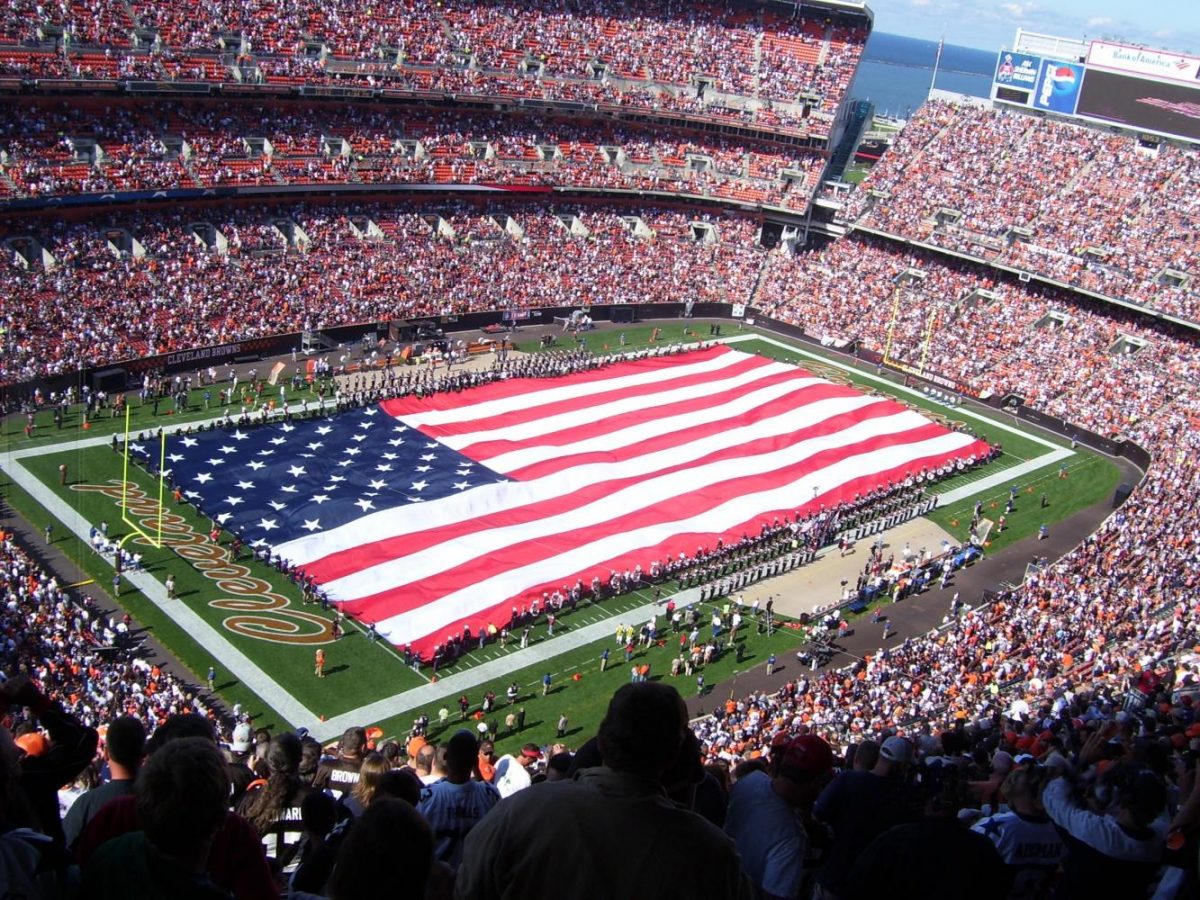 Leading up to this weekend, two stories seemed set to dominate the American news cycle: Rising tensions with North Korea and the catastrophic damage dealt to Puerto Rico by Hurricane Maria. These are two stories of incredible importance, one crisis dealing with a threat verging on existential as threats of nuclear war and childish insults are bandied about by both sides, the other featuring an immediate and devastating disaster that has thrown the future of Puerto Rico’s citizens into grave danger.

Needless to say, neither of these stories were the main focus of nightly news. Nor was the presumptive collapse of Republicans’ Obamacare repeal efforts or the massively important German election. Instead, America’s attention was drawn toward one of the strangest political episodes in recent memory.

In case you somehow missed it, what began as an offhand comment about Colin Kaepernick during a political rally in Alabama has blossomed into a full-fledged war of words between the president of the United States and the National Football League.

On Saturday, President Trump tweeted out, “If a player wants the privilege of making millions of dollars in the NFL, or other leagues, he or she should not be allowed to disrespect our great American flag (Our country) and should stand for our national anthem. If not, YOU’RE FIRED. Find something else to do!”

This was, in a word, unusual. It is very rare for presidents to suggest private citizens should be fired. It would have been an exceptionally bizarre, but not altogether problematic interaction had President Trump’s war of words ended there.

Instead, President Trump followed up his tweet up with an attack on NFL commissioner Roger Goodell,   who responded to the President’s tweet with an official statement. Trump said of Goodell, “Roger Goodell of the NFL just put out a statement trying to justify the total disrespect certain players show our country. Tell them to stand!”

After taking a moment to threaten North Korea and “little rocket man,” the leader of the free world returned to the NFL, tweeting, “If NFL fans refuse to go to games until players stop disrespecting our Flag & Country, you will see change take place fast. Fire or suspend! NFL attendance and ratings are WAY DOWN. Boring games yes, but many stay away because they love our country. League should back U.S.”

Several hours later, the president returned to Twitter, echoing the themes of his earlier tweet and saying, “Great solidarity for our National Anthem and for our Country. Standing with locked arms is good, kneeling is not acceptable. Bad ratings!”

He then retweeted user Donna Warren, who’s tweet said “You can boycott our anthem WE CAN BOYCOTT YOU!”

The message is clear. The president of the United States is calling for a boycott of the NFL. To rationally understand the precedent this sets, we must for a moment set aside all questions of legitimacy or validity of protest. The issues raised by President Trump’s actions stretch far beyond the gridiron.

The president has always held an exorbitant amount of sway over national opinion. As Theodore Roosevelt said, the presidency is a “Bully Pulpit” from which to advance an agenda. As technology has advanced, and the president has gained the ability to speak more and more directly to people, the width and breadth of this power has expanded.

There is, of course, nothing inherently wrong  with the president speaking to the public. If someone can be trusted to hold the nuclear codes, it stands to reason they can be trusted to engage with their constituents.

Nor is their anything wrong with the president making demands or requests of the American people. Many of our presidents’ greatest moments came in the form of appeals to the people, from Kennedy’s “Ask not what your country can do for you…” to Franklin Roosevelt’s “We have nothing to fear but fear itself.”

Further, the president has a remarkable position to request direct action. As one of the most important people in the world, when the president speaks, people tend to listen. This is why moments like Ronald Reagan’s “Tear down this wall!” are so powerful. In instances of extreme peril or controversy, the president has the rare ability to guide and influence actions.

It is for this reason that President Trump’s attack on the NFL is so frightening. There are only a few people who could realistically orchestrate an effective boycott of the NFL. Donald Trump is one of them.

Imagine for a moment, the implications of the president using his power to financially attack groups that don’t bend to his will. Today it is the NFL, an organization that is too big to fail. But what would happen if instead, the president took aim at a more manageable target? Perhaps a specific team within the league?

The influence of the president is vast enough that he can conceivably consign anyone who goes against his will to financial ruin merely through a number of well-timed tweets. By coercing companies to bend to his will through financial threats, President Trump has the ability to circumvent constitutional protections.

Of course, there is nothing wrong with participating in a boycott. There is nothing illegal in the president voicing his opinion on the NFL. But by organizing his supporters to attack the NFL through financial means, President Trump continues to erode the norms of government and expand the scope of the executive office. These actions credit a horrible precedent for future commanders-in-chief.

Those sympathetic to the president’s cause should carefully consider the implications of these actions before they support them. After all, though you may be in favor of a presidential boycott pressuring business into ideas you like, there will inevitably come a time when this power is used in favor of an action you dislike. That is the inevitable result of expanding government powers without strictly set boundaries.

Donald Trump has not just used the bully pulpit. He has weaponized it. And so long as the president wields financial threats as though they are the sword of the executive, the rights of Americans are under grave threat.