Dancing through the decades

The history of homecoming 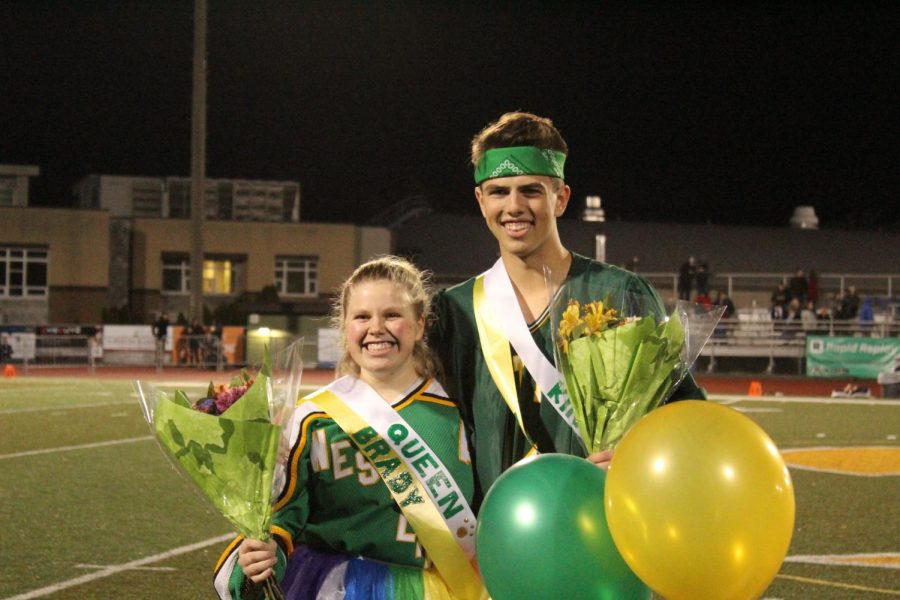 King Dylan Tiffany and Queen Brady McDevitt smile at the roaring crowd. For decades, there was only a queen and princesses. The second annual homecoming queen was Queen Anita Nunn in 1954. Starting in 1958 there were male escorts. It wasn't until 1986 that there was a King and Queen. “I didn’t think I was going to be queen, I looked right at Dylan before, and said it’s not going to be us,” Brady McDevitt said, “and then they opened the box, and I saw the balloons, and I looked down and I said ‘Oh, nobody else has balloons,’ so it was pretty cool.” Instead of crowns, balloons determine the winners. The first homecoming queens didn’t have crowns either. Crowns were not a part of homecoming until 1961 and these crowns were very small and almost tiara like, with a lot of sparkles.