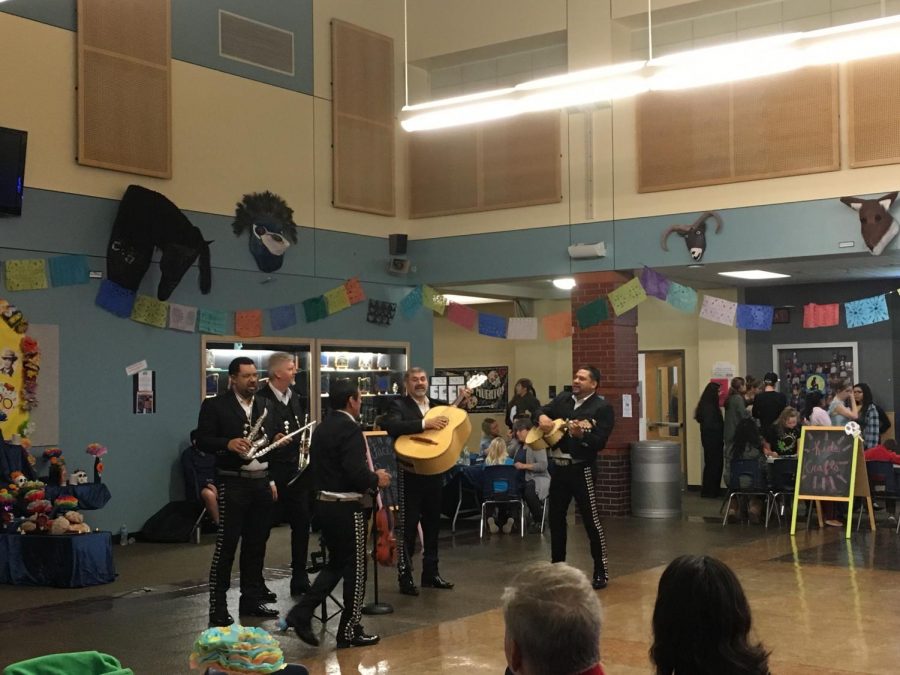 A mariachi band performs at the Dia de los Muertos celebration at Wilsonville High School. The celebration had quite a few students of our own in attendance.

Mariachi bands, bright colors, and good food were all present at the Dia de los Muertos, Day of the Dead, celebration at Wilsonville High School Nov. 1. Students involved in the Spanish language program here were encouraged to attend the celebration.

“I had a great time at it,” Arianna Chappell, senior, said. “The music was fun and they did a great job decorating. The food was amazing. I had a churro that was super good.”

Each student that attended had their own favorite part of the celebration.

“I really enjoyed how they had live, authentic music,” Carissa Russell, junior, said. “They were also able to bring together multiple parts of the celebration into one place and share it with the entire community,”

The celebration featured music performances from quite a few different bands around the community. They also had multiple dance performances done by both children and adult groups.

There was a room right off to the right of the performances full of artwork done by students from the high school and middle school. It featured flowers and the skull typically associated with Dia de los Muertos.

Along with all of the artwork and performances, there were food trucks outside the building. They had everything from Voodoo Donuts to Churros Locos.

Food seems to be favorite for anyone who went.

The celebration was able to bring a piece of what an actual Dia de los Muertos celebration would look like to Wilsonville High School.