Snow likely on the way to our area Tuesday and Wednesday

How much can we expect in West Linn? 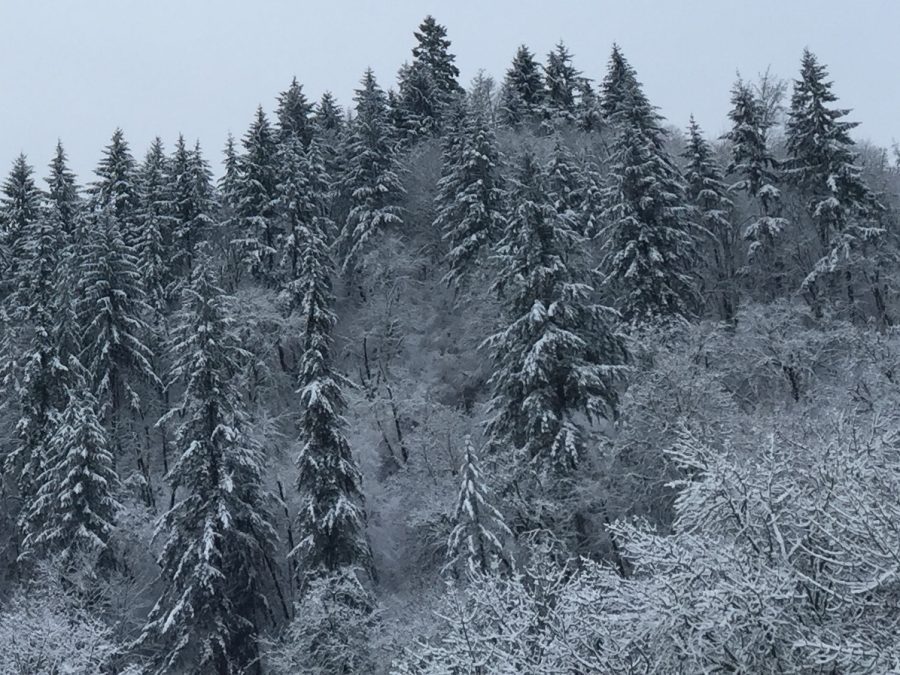 8:30 AM UPDATE: The National Weather Service Portland has upgraded the Winter Weather Advisory to a Winter Storm Warning for West Linn and the surrounding area. A Winter Storm Warning is issued when forecasted snow amounts exceed four inches. The projected snow accumulation for our area is now three to seven inches.

After a relatively quiet winter season with above-average temperatures and below-average precipitation, it appears Mother Nature is saying “not so fast” to folks who thought spring was here early this year.

A high pressure ridge that deflected storm systems and allowed us to have springlike temperatures over the past few weeks lost its battle with a low pressure system prior to the weekend, allowing storm systems to make their way into the vicinity which are bringing colder temperatures and precipitable moisture along with it.

Conditions overnight Monday will ripen the chance for snow Tuesday on the Willamette Valley floor as temperatures will plummet into the mid-2os due to radiational cooling and a cold air mass that has situated itself in the area.

So, how much snow will we get in West Linn and when will it get here?

“The best chance for the accumulating snow will be [Tuesday] in the late afternoon through the evening north of Salem,” the National Weather Service Portland said in a statement.

The graphic above shows West Linn in the two-to-three inch snow accumulation range, though more accumulation could occur. NWS Portland told WLHSnow in a tweet that they have “high confidence in at least an inch for most people.” They also said that “a few places in the valley could get four or five inches,” depending on where the snow bands set up.

A Winter Weather Advisory was issued for the entire metro area, meaning that periods of snow will cause primarily travel difficulties.

If you can telework or flex your hours earlier in the day, that may be a good idea tomorrow. Snow fills in & intensifies b/w 3 & 6 PM. Could be a rough evening commute. If the timing of this moves forward even 1 or 2 hrs it will most assuredly be a horrendous evening commute pic.twitter.com/Q3BXHQHqry

School officials will be monitoring the weather closely to avoid the situation that happened last winter when snow began to fall and accumulate in the early afternoon resulting in treacherous driving for students when school was released on time at 3:10 pm. At least one fender bender occurred outside of the school. Officials have the option of dismissing students early if they feel it’s necessary for safety reasons.

The possibility of lowland snow also puts the status of Tuesday night’s boys basketball contest versus Newberg in question. As of Monday at 10pm, the game is still scheduled to take place. Tip-off is set for 7pm.

More snow is possible Wednesday into Thursday, but details remain unclear at this time.

Check back with WLHSnow for updates.