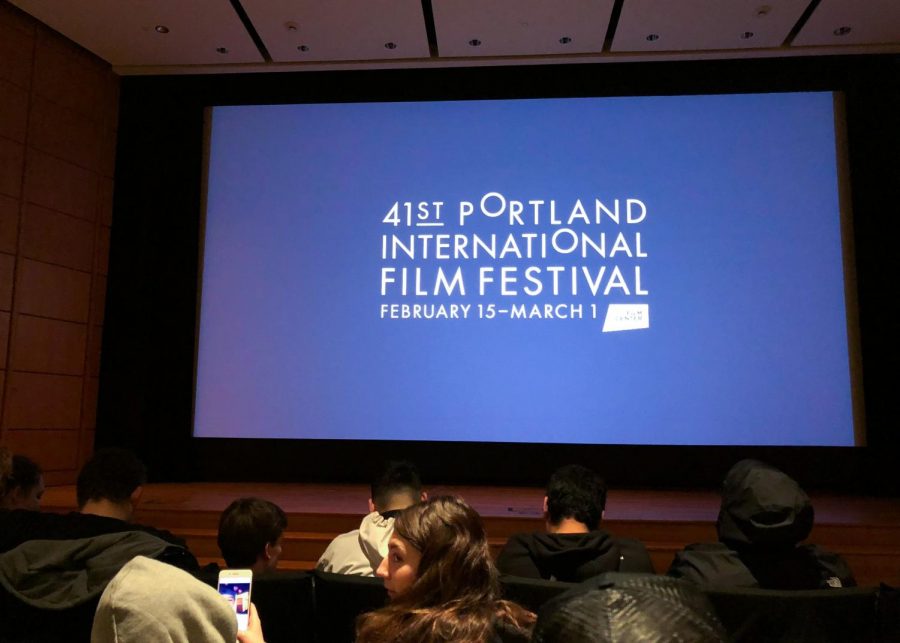 Filmgoers wait for the film to begin in the Whitsell Auditorium. The venue is part of the Portland Art Museum and screens numerous movies with the NW Film Center.

“I think it’s important for students to get out of the classroom,” Rodriguez said.

Two buses left the school slightly before 8 a.m. They arrived at the Portland Art Museum’s Whitsell Auditorium to watch “Summer 1993” at 9 a.m. The autobiographical film, directed by Carla Simón, follows six-year-old Frida’s move from Barcelona to the Catalonian countryside to live with her aunt and uncle after Frida’s parents die. It was presented in Catalan with English subtitles.

“I liked it a lot,” Rodriguez said. “I liked that it was emotional and raw and real.”

The film was shown on the last day of the 41st Portland International Film Festival as part of their Global Classroom Program, which offers free screenings of new world cinema to high school students.

After the film, a bus took the group to the Portland Mercado’s Comcast Plaza. The area has several food carts and restaurants featuring dishes from Cuba, Puerto Rico, Mexico and other nations. Some students enjoyed churros and other desserts. Afterward, a bus took students back to school around 1 p.m.

This is the second filmgoing field trip this year. Moviegoers previously attended a screening of Peter Bratt’s documentary “Dolores” on Sept. 29. The film tells the story of Mexican-American labor rights activist Dolores Huerta.

“Let’s combine groups,” Zollinger said. “I love to work with my colleagues.”

Rodriguez enjoys these films for their cultural value as well as their heart.

“There’s other film and media outside of mainstream pop culture,” Rodriguez said. “There’s narratives to be told.”