Kate Brown, Knute Buehler to face off in Governor race 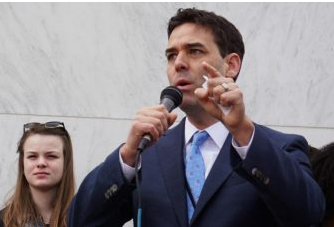 Tuesday, May 15, saw Oregon voters nominate their candidates for Governor, Representative, and the state House and Senate races.

Governor Kate Brown took an easy victory over the other Democratic candidates, earning 82.6 percent of votes, as reported by the Oregonian. Candace Neville and Ed Jones were her opponents.

Representing the centrist, economically populist Independent Party will be Patrick Starnes, who took 56 percent of the vote.

Mark Callahan will challenge Schrader, after he beat out Joey Nations and Robert Reynolds.

Julie Parrish, the Republican state representative who has served since 2011, will be challenged by Rachel Prusak. Neither was challenged in their primary.