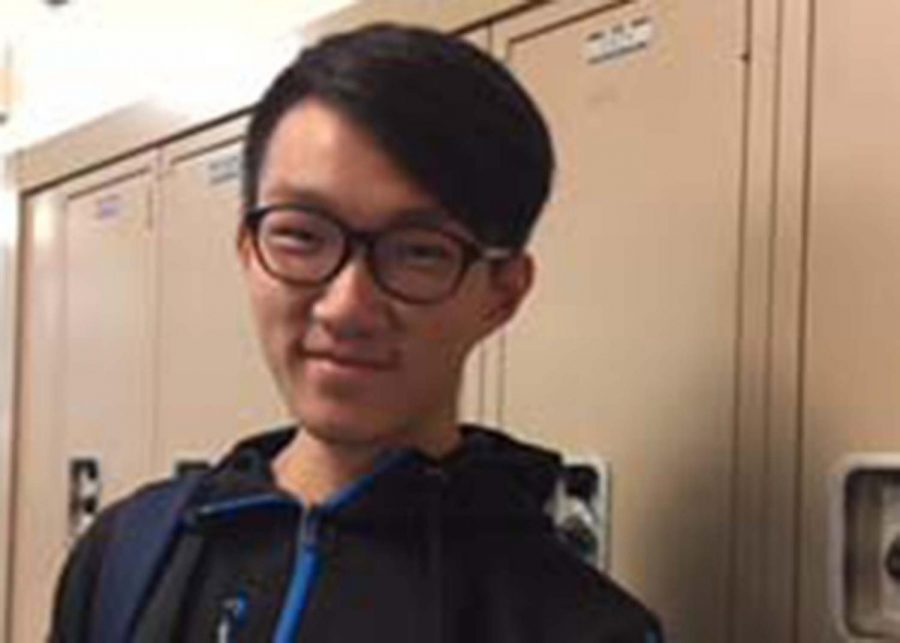 As humans, the desire to try something new is living somewhere in all of us. Whether it’s that new club you’ve been wanting to check out, or that new trick you’ve been aching to learn in soccer, our wild imagination compels us to try out new and unfamiliar activities.

Meet Nic Hsiao, junior, one of the masters at trying new things.

If you haven’t met him yet, Hsiao is 2018’s foreign exchange student from Taiwan. He’s studying abroad this year through the Rotary Youth Exchange program that’s partnered with West Linn. The Rotary helps sponsor around 9,000 exchange students each year with each trip the equivalent of a 10,000 dollar scholarship.

“Rotary has 1.2 million members in 132 countries,” David Goode, a member of the Rotary Youth Exchange program said. “So it’s a huge organization. You can go almost anywhere and there’s a Rotary club. And many of those clubs do youth exchange. That’s why it’s such a big number.”

While incentives for becoming a foreign exchange student vary from person to person, what exactly compelled Hsiao to study abroad?

“The first reason is that English is very important,” Hsiao said. “Everywhere you can use English.”

With the ever-increasing use of technology, the world has become even more connected. For Hsiao, learning English was an important factor when deciding to live in America, but it can also act as a problem due to the potential for a lack of communication.

“The language,” Goode said. “That’s probably the most important thing.”

For incoming exchange students, they often don’t realize what a problem the language barrier can be. “Nic is pretty good at English. He’s getting much better,” Goode said.

“The other important things are that you need to be a good student. You need to have good grades, you need to be active and social. It’s a big step to live with another family for almost a year, it’s 11 months.”

If it’s such a big leap, what other reasons draw students to want to study abroad?

“To learn more English and let me be more independent,” Hsiao said. “And I can learn more about American culture.”

How can students who are interested become involved with foreign exchange?

“So, there’s an application and review process,” Goode said. “If you wanted to do junior overseas through the Rotary, you would get in contact with a club, we would interview you, and then we hopefully would make a positive recommendation. And then you go to a district level and they would make a final determination.”

For those interested in hosting a foreign exchange student, the process is fairly similar.

“You volunteer,” Goode said. “And there’s also an application process because you have to qualify.”

Hsiao is staying with the Brody family, who volunteered to be a host family. “You don’t meet your host family until you walk off the plane. It’s pretty exciting,” Goode said.

So, why should students consider studying abroad? 11 months in a country you aren’t familiar with does seem pretty terrifying. What are the benefits?

“I studied overseas twice and lived with families overseas. For me it wasn’t in high school, it was in college. But the experience of living overseas, the word that I like to use is transformational,” Goode said. “It’s so big that it changes you life for the better. It’s not easy, it’s hard because youth exchange students are pretty lonely and homesick the first two of three weeks. And then they get adjusted.”

“The word is transformational,” Goode said. “It makes you a really different person, in a good way.”

Foreign exchange is an opportunity for students to travel to other parts of the world in a way that they wouldn’t normally get to do. It forces you to step outside of your comfort zone but in the end, you may find that the experience really can be “transformational.”

Interested in studying abroad or hosting someone who is? Click here to be directed to the Rotary homepage to find more information and details.