In light of the addition of Kavanaugh to the supreme court, American citizens must educate themselves 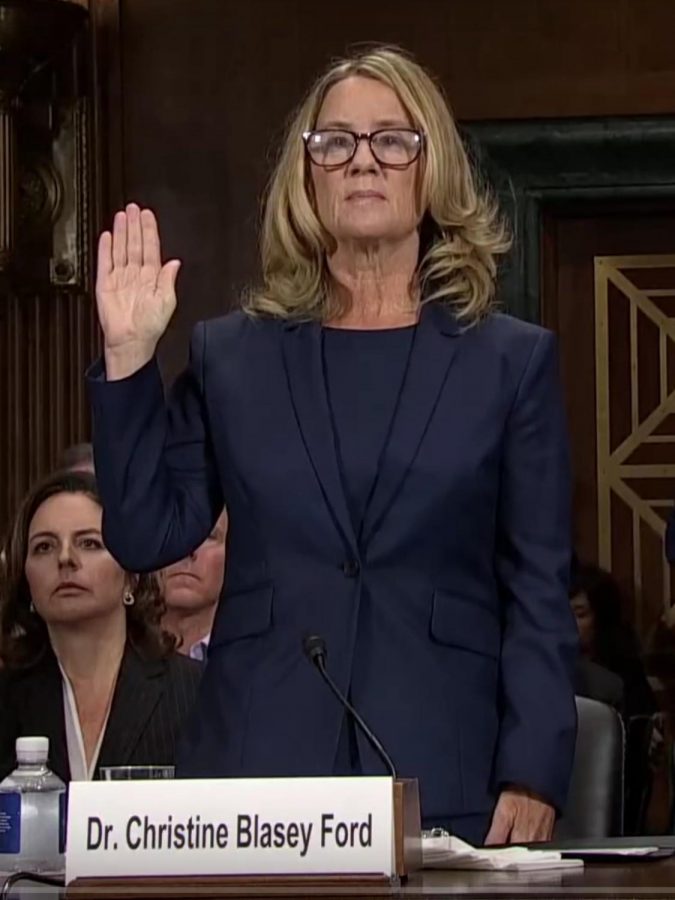 The past week has been a kick in the gut, leaving the American people with the wind knocked out of them.

Whether a political junkie or a casual observer of the news, the name Brett Kavanaugh would have darkened the screen of your phone, tablet, or television in recent days. His story is textbook, he grew up rich, graduated a prestigious college, and rose through the ranks as a conservative lawyer.

Kavanaugh, upon being nominated to be a Supreme Court justice, faced multiple sexual assault allegations. Through it all, the White House has stood with him.

Don’t misinterpret– he has earned all the shame and ridicule in the world by assaulting a woman, publicly lying about it, and warping the narrative to make himself the victim. But the fame he has cultivated has overshadowed the hero of this story.

Christine Blasey Ford. The woman who was held down, her mouth covered so she could not scream, terrified to publicly share her story. Ford, who had to swallow this trauma for decades, and now has the bravery to face her assaulter.

But Kavanaugh assaults a woman, and gets fame, fortune, and glory? And Ford gets accused of lying, death threats, and public mistreatment.

America has reached a breaking point. Its citizens would rather revel in the drama caused by a trust fund brat coasting above the law than face the facts. They would rather enjoy controversy than take a stand. Those with the power to influence change would rather believe a rapist than a woman.

There is power in politics, but there is power in culture, too. If the media, and powerful politicians shove Brett Kavanaugh down our throats, we must fight back by amplifying Ford’s voice, and the voice of all those whose assaulters still have an ounce of power. It’s imperative that we listen to all Dr. Ford has to say, not because she deserves blind trust, but because her voice has been stifled by lies and hate. It’s our responsibility to allow her to be heard.