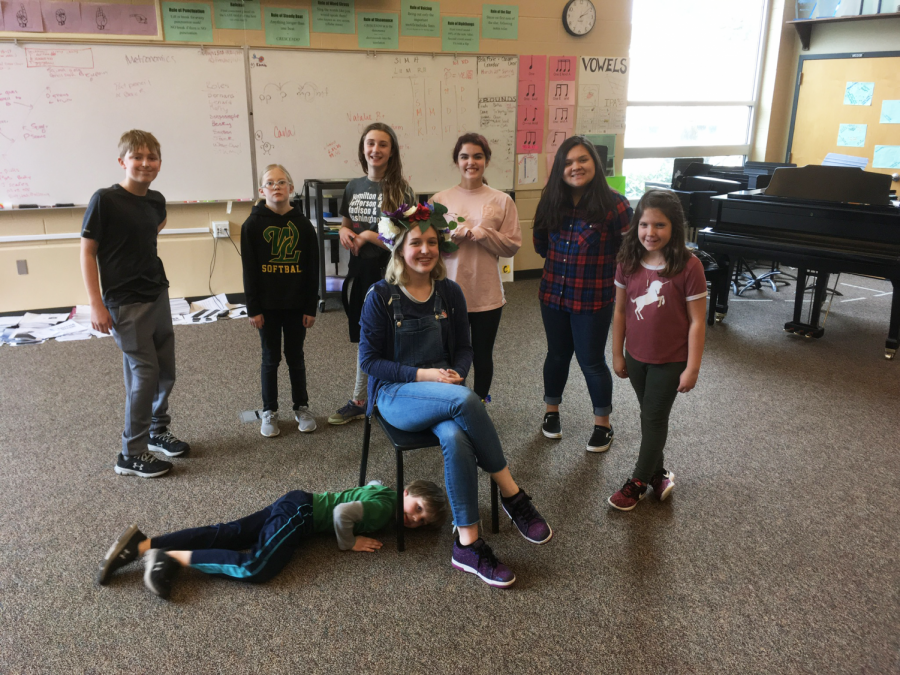 On Presidents Day, a gaggle of elementary schoolers visited the PAC for a day of theatre-related recreation. Several WLHS theatre students lead the kids through an orientation, and various theatrical or ensemble games, culminating in a final piece around the theme of “Friends of the Environment,” according to Steve Beckingham, the theatre arts program director. This event also holds other purposes.

“We…also look at [this event] as a fundraiser, because arts at the school is very important, and we want to keep it going as much as we can,” Beckingham said. It’s always held on Presidents Day, so the working guardians have a place to drop their kids off.

“It’s also an educational opportunity for high school students in that they’re going to teach theatre,” Beckingham said. “They’re engaging in aspects of teaching and looking after younger children, and… giving an outlet for younger kids; something active, collaborative, and social.”

This event has been happening for the past few years, with the exception of last year, and West Linn first to sixth graders have attended it. Beckingham, who has been teaching theatre for almost 10 years, says that he considers it “easy” to keep all those kids in line, even though he is often the only adult there. He lets the high schoolers completely take over.

Despite the age range of the children invited, Beckingham says it’s “not a babysitting event. It’s the young students really get into the idea of creating a story… It’s self sustaining.”

The theatre department plans to continue this in later years, even though it is an all-day time commitment for all involved.