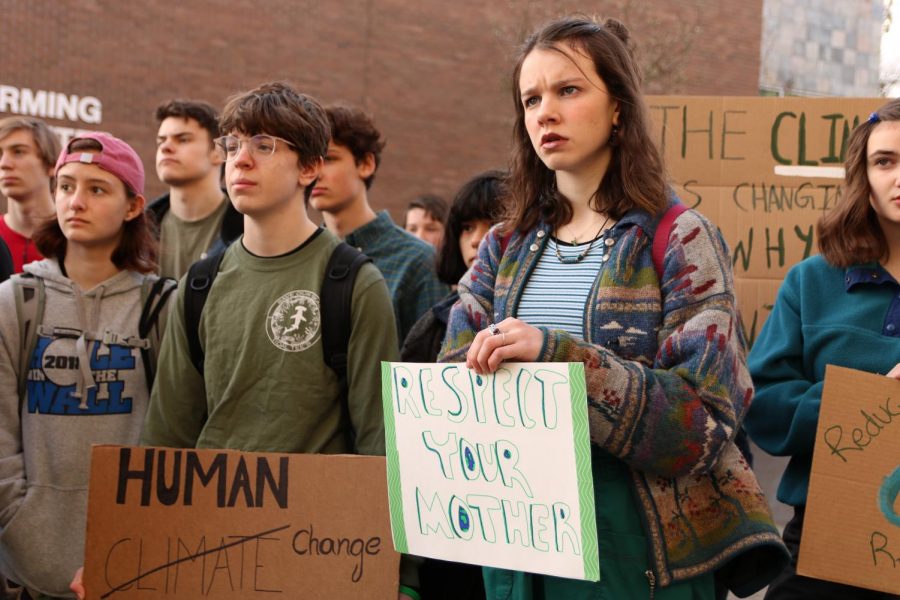 Students show their support for climate action, as part of an international protest, outside the Performing Arts Center Friday morning. Afterward, many marched to Oregon City City Hall.

Students all over the world are striking school Friday to protest against climate change.

According to Sarah Martin, senior, the plan was for all WLHS students who wished to participate to leave their classes and gather in front of the PAC at 8:45 a.m. As soon as they were all assembled, they started walking to Oregon City City Hall, across the bridge. Many students brought homemade signs, and they encouraged to wear blue and green on social media. At around 10 a.m. the students arrived at the City Hall.

The main demands the students are making are:

A transition to renewable resources by fossil fuel reliant communities.
The upgrading of the current electric grid.
The halt of all fossil fuel infrastructure projects.
All government decisions to be tied to scientific research.
The declaration of a national emergency on Climate Change.
Compulsory climate change education in schools.
The preservation of public lands and wildlife.
The continued cleanliness of the water supply.

The strikers’ ultimate goal is to have 100 percent renewable energy and to reduce greenhouse gas emissions by 50 percent by the year 2030.