How we are Hypocrites

With the topic of climate change at the forefront, we must address some issues with the protest 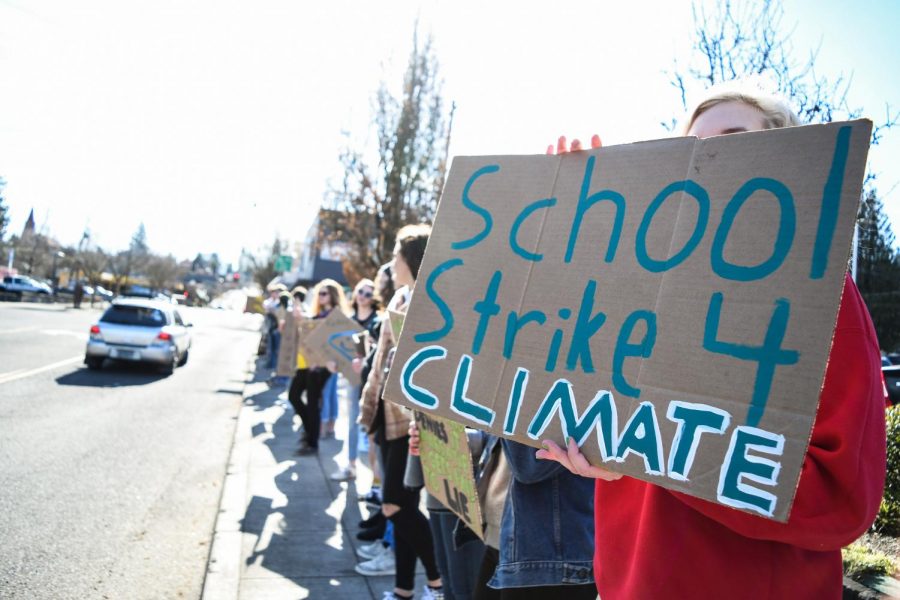 Over 1.5 million students worldwide participated in the global climate strike on March 15, 2019, and an even bigger turnout is expected this Friday.

In a fight against climate change, teens all across the country protested on March 15 to change policies and help ensure a better future. Still, some people showed up with no idea what they were protesting for and even not understanding the consequences of their actions. By not taking the time to be educated on the topic, we appear as a bunch of hypocrites to the politicians we’re trying to convince. With a bit of reading and a closer understanding of our environment, we can change that behavior to inspire real change.
One thing I noticed when I showed up to the protest outside Portland City Hall was people showing up with drinks from Starbucks. These drinks had plastic straws, one of the biggest wastes on the planet. Additionally, many people drove to the protest in cars that wasted lots of gas. I also observed many people getting goods like McDonald’s afterward.
This behavior is what we’re protesting. The waste of fossil fuel and plastic is doing more harm than it is good. There are simpler methods to get around it, like using a reusable straw or taking public transportation (even carpooling). Cutting red meat out of your diet or only buying grass fed organic beef can reduce the amount of toxic carbon released into the atmosphere. People neglect to do these things and remark that it’s too hard, so they avoid it.
Showing up to a protest doing the exact thing we’re protesting is harming your cause more than helping it. To the people we’re trying to convince, the crowd looks like a joke, going against everything they stand for. It’s not just politicians we’re trying to convince; we need to convince our peers as well.
We have 11 years to make a change on this planet, and if we don’t act now, we won’t have a world. For your family, yourself, and everyone that will come after you, it’s time to make a change. Don’t fight for something if you’re not going to follow through with it, because then the cause means nothing.