A quick look at the West Linn-Wilsonville School Board candidates 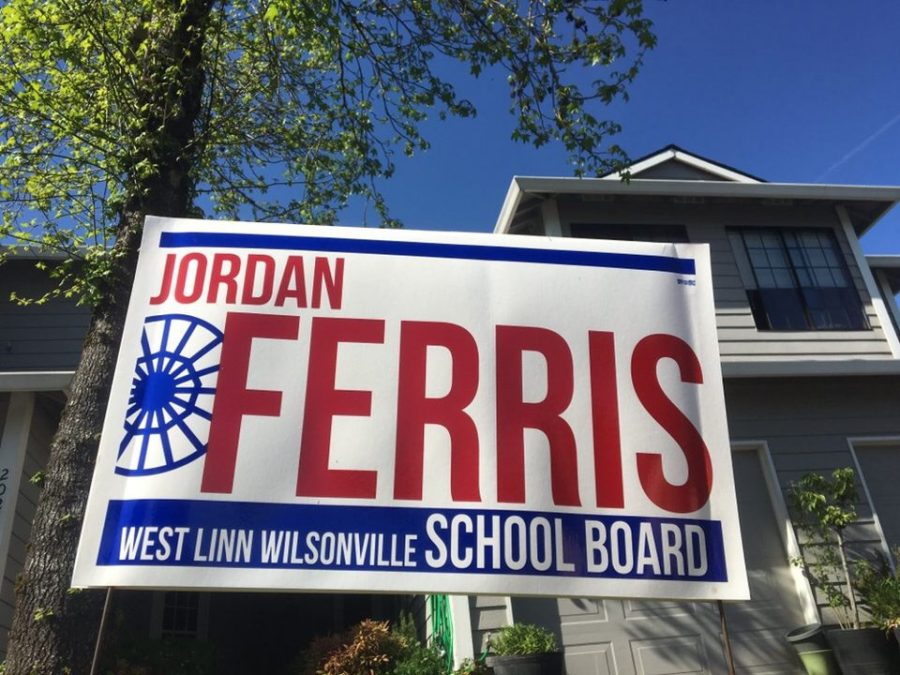 A campaign sign for Jordan Ferris sits in a West Linn yard.

With the terms of two school board member set to end, a special district election will be held to elect new representatives to the soon to be vacant seats two and four on the West Linn Wilsonville School Board. Incumbent Chelsea King Martin is running for reelection on seat two, but seat four’s incumbent Betty Reynolds will not be running for re-election, as she is now on the Clackamas Community College Board of Education, representing Zone Five.The School Board is responsible for balancing long term financial plans of the district, and to help equitize success for all students and close the achievement and opportunity gaps present in the district.

One candidate is running against Martin: Gail Greenman, who has been involved with public education for 23 years, meanwhile Christy Thompson, a former biology teacher and Jordan Ferris, a nurse, are running against each other for the other vacant seat .

Martin’s notable policies during her tenure as a board member included being a proponent of the creation of a Career and Technical Program, and helped to redesign the superintendent evaluation process.

Martin’s opponent Greenman, if elected, plans to increase awareness of the number of student resources and how students can access these resources. Greenman also plans to increase communication between parents, students, teachers and district officials through more frequent meetings both formal like town halls, and less formal like coffee meet and greets.

For seat four, Thompson’s policies include advocating for smaller class sizes, as well as better support for teachers. Thompson’s also in support of increasing mental health access for students, involving parents in decisions regarding curriculum, and increasing access to career and technical education programs.

Thompson’s only opponent, Ferris wants to close the achievement gap in the district, increase mental health services for students, and increase transparency and accountability over the bonds that the district passes.

In the official voters pamphlet, every candidate except for Greenman has a list of endorsements from other politicians, teachers and organizations.

Martin has endorsements from State Representatives Rachael Prusek and Courtney Neron, the NARAL Pac of Oregon and the Oregon Working Families Party.