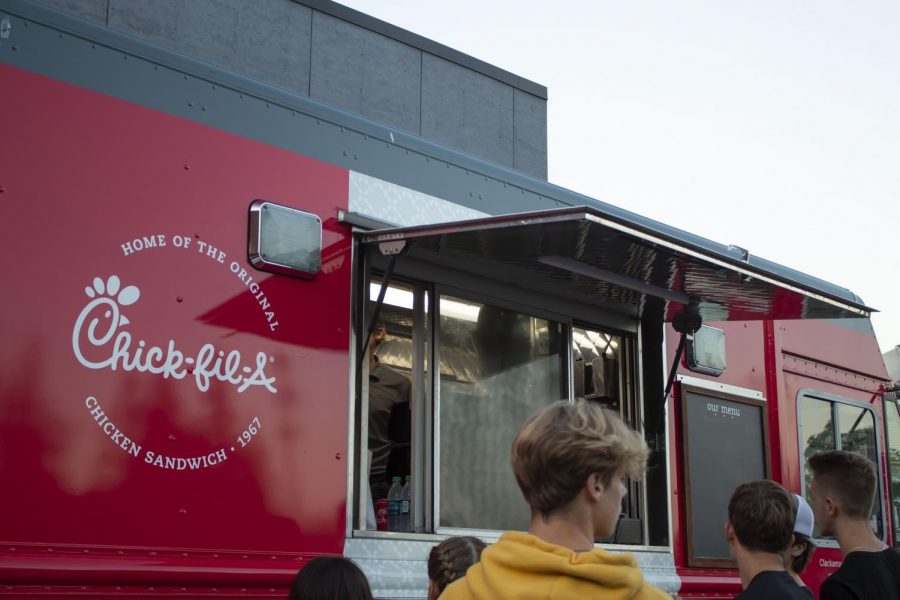 At the first football game of the season, students, parents, and staff alike wait in line at the Chick-fil-A food truck.

Football games are a cultural staple for high schools. Hundreds of students gather to hang with friends, cheer on their team, and of course, get a bite to eat. On Sept. 6, Chick-fil-A was served at the first game of the season, which came with a set of problems. The popular fast-food chain has been at the center of several scandals over the past few years. However, they started attracting more controversy when it was revealed back in 2017 that Chick-fil-A gave over 1.8 million dollars of their profits to several anti-LGBTQ+ groups. One of them, Exodus International, promotes conversion therapy, which is a harmful process that attempts to change one’s sexuality to heterosexual.

Flash forward to 2019, and that same company is gaining profit from hungry West Linn students and staff. To some, a chicken sandwich and waffle fries may be worth the cost of the moral deficit. However, those who are aware of Chick-fil-A’s problematic funding and its impact on the LGBTQ+ community, are not so quick to dismiss. Gender and Sexuality Alliance president Susie Walters, senior, agreed to have an open discussion during a club meeting about Chick-fil-A, its effects on the LGBTQ+ community, and the school’s involvement.

“When it comes to popular vote things,” Walters said, “there is a certain lack of voices. We are losing voices at this school.” She spoke up about her feelings toward the situation, but also recognized the lack of knowledge involved in deciding this.

During the meeting, Alex Close, ELD coordinator and English teacher, joined in on the conversation to give insight into what the rest of the year will look like in terms of West Linn’s relationship with Chick-fil-A.

After learning this new information, Walters had a message for the club’s attendees.

“We do have the power to make change,” Walters said. “And if you see something wrong, if you feel safe doing it, speak up.”

For more information on this continuing story, click “related stories” on the left-hand side.