The vaping ban is a necessity 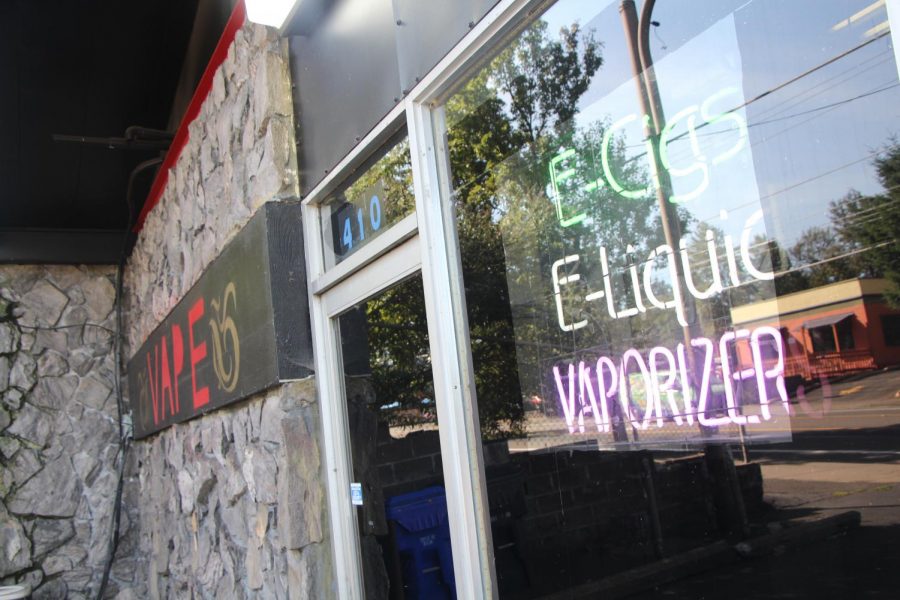 Bright neon lights advertise products at the House of Vapes in Oregon City.

On Sept. 11, the Trump administration announced that a ban on E-cigarettes was in the works. This announcement was met with many different reactions, some positive and some negative. Though the ban may be disputed, the fact that people are dying cannot.

On Aug. 29, the first person died from a mysterious vaping related illness. Now, six people have died. The CDC states, “As of September 6, 2019, over 450 possible cases of lung illness associated with the use of e-cigarette products have been reported to CDC from the 33 states and 1 U.S. territory.”

20.8% is over a fifth of all high school students. That means a fifth of all high school students have a chance to come down with a mysterious, incurable lung disease. This number will no doubt increase as the access to cigarettes continues to grow. The laws that have been put in place to regulate these products have had no effect on stopping students from obtaining them.

So how would we stop an incurable disease that’s killing people? We don’t give them access to it.

Right now, the most common vapes are not FDA approved. Using a vape that is unregulated has the same risk as using an unregulated drug. There is no way to trust that what is in the vape really is just nicotine and flavoring, and not harmful chemicals.

The Trump administration solution would allow FDA approved vapes. This would give a safer option than the unregulated vapes as of now. Though getting FDA approved would take some time, it would make sure people no longer get sick from something unknown. But, there would be a long period where there would be no vapes, so what happens to those who need to smoke?

At this point, the ban will not be in effect for months, as there are still many steps it has to go through before it’s a law. That does not mean we should sit idly by though. People now have been educated on the effects and have to make a conscious decision to try and stop.