A look inside STEM education 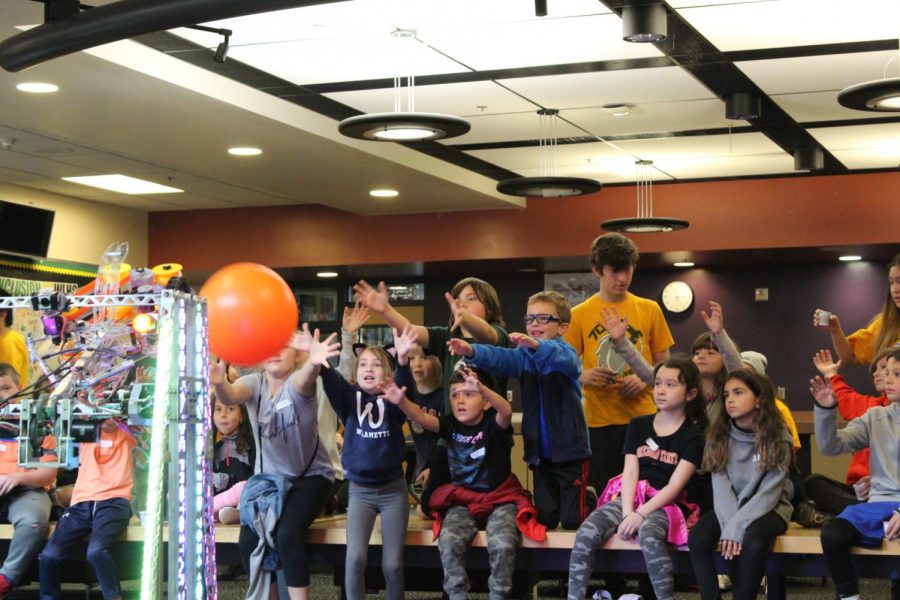 Students participate in STEM-related activities at the camp hosted by TBD in October.

Every early-release day, the robotics team, known as To Be Determined or TBD, hosts a STEM camp where elementary and middle schoolers have a chance to have a hands-on experience with STEM activities. Beth Landsem, junior, is one of the organizers of these events.

“For these, we have around five different stations that the kids go to, which are all student-led, which is really cool,” Landsem said. “We send sign-up forms out to all the grade schools, and then people just sign up, so it’s a way to raise money as well.”

These camps are just a few of the ways that TBD brings STEM education to the community. In short, STEM education is an idea or curriculum that focuses on educating students on science, technology, engineering and math as a way of encouraging students to explore these fields of studies. Clubs like robotics have been a great way for students like Landsem to interact with STEM education that isn’t necessarily offered in the regular school day.

“Even though compared to other schools, we’re up there, I definitely see room for improvement,” Landsem said. “I think we’re doing fine in math and science, but I think that there may be more ways to implement technology and coding.”

According to Landsem, another issue that prevents more people from interacting with STEM education is the issue of equity and accessibility. Some parts of STEM education call for very specific tools that not everyone necessarily has access to. Landsem believes that it’s up to the school to provide the opportunity for everyone to at least try STEM, even if it’s not their future career path.

“Computer science isn’t super accessible for everyone,” Landsem said. “So maybe we should have more things for the person who still wants to have expanded opportunities.”

Throughout the past, there’s been a common perception that there have been issues in getting students interested in STEM fields; specifically women. Recent studies have shown that there has been an increase in the number of STEM majors awarded over recent years, but women are only earning 36% of these degrees. As shown by these findings, STEM is a largely male-dominated field, which makes it even more difficult for women to find success in these areas.

With TBD, Landsem says the team doesn’t see much issue with getting more women to join. In fact, TBD has one of the highest percentages of female team members out of competing teams in their division.

“Our team has one of the best percentages of girls, overall,” Landsem said. “Our team is around 40% girls, so it’s awesome and super inclusive. But I think there is still a big issue.”

Though it has its problems in gaining interest and a diverse membership, STEM education is still something that is important to teach in schools. Being more than just a cool outlet for students to try out different methods of learning, STEM acts as a way to build resilience, teach problem-solving, and encourage teamwork among young students.

For Landsem, teaching STEM in schools is a way to keep up with the constantly-changing world and to learn more about the way that things work.

“There’s definitely more tech in the world, so I think that the more you’re exposed to it from an early age, the more interest you’re going to have in it,” Landsem said.

As for being on the team, Landsem finds her love for robotics in the opportunities for leadership and exploration the club has to offer.

“You don’t really think of a high school as a robotics lab,” Landsem said, “but it’s really cool to have these opportunities and see all the things we can do as high schoolers.”