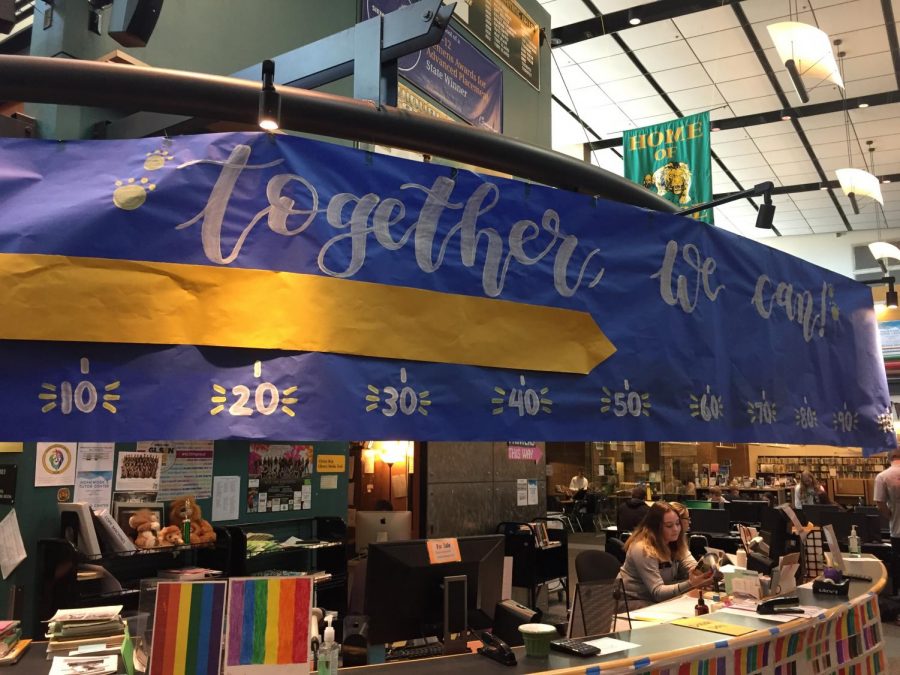 The goal of the food drive competition was to collect 100 boxes of cans as a whole school.

Every Nov., our school holds a canned food drive competition amongst fourth period classes. The goal of the food drive is to have your class collect the most cans.

Besides the end target of having your class win, there lies a much more important goal: to collect cans for local food banks in order to serve the community. But a common question arises: do canned food drives actually help the community?

According to the Oregon Food Bank, one in nine people face food insecurity, which is about 552,900 Oregonians. In the country as a whole, according to Feeding America, 14.3 million households struggle with food insecurity. This means that they are regularly faced with a lack of access to nutritious and affordable food.

Around one in seven people in the United States rely on food banks according to Feeding America. For those who have access to, and utilize food banks in their area, around 80% are able to meet their needs. If it weren’t for food drives, these people wouldn’t be able to get the food they need as easily or as often as they do now.

The answer to the question is quite simple: canned food drives actually do help the community and are extremely helpful for food banks. According to American Public Health Association, food drives help provide food to the community by providing the food that food banks need.

While food drives and food banks won’t be able to solve the issue of hunger in the United States on their own, they do help to alleviate the issue. Together, by donating cans this holiday season (and any time of year- food is always needed no matter what season it is), we can help to reduce hunger in our community and country as a whole.