Update on climate strike: How has it helped? 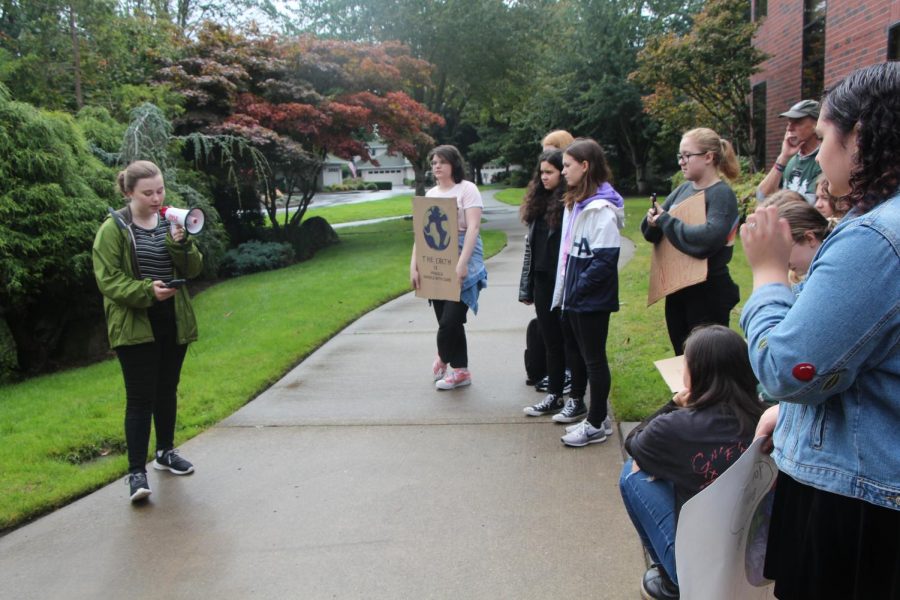 A protest on Sept. 20, 2019, was supposed to have a large impact, with thousands of protesters in Portland and millions around the world. So how has the climate strike helped? Globally, over 99 countries participated, which lead to some new progress, but it’s still facing barriers. Since these strikes, the United Nations hosted a global climate conference, with activists like Greta Thunberg, and many more in company. Portland had a large turnout with thousands of participants, and we had a local strike with Nikki Rudnick, senior, who organized a walk from the high school to the city hall and talked with local leaders about changes we as a community can do to combat climate change.

“I think the climate strike is a highly visible and highly vocal demonstration that brings attention [to the issue],” Jonathan Davies, environmental science teacher, said. “Someone who’s maybe not being that way goes ‘Hey, what’s going on? Wow, I didn’t know about that, I want to find more about that.’ I think that’s it. That’s been a continuing thing [and] I think it’s bringing conversation.”

When Rudnick commented on the walkout she organized, she said, “I was really really scared. I struggle with anxiety and depression and thinking about how catastrophic the issue we’re facing is was sending me into panic attacks– or anxiety attacks would be the more correct definition– like every day.”

“Its really really scary, and organizing the walkout helped me feel less scared and made me feel like I have power and control, because I do,” Rudnick said. “After the walkout, I was contacted by a woman, and she had taken a picture of us walking and posted it on a West Linn Facebook group, which has about 3,000 people on it.”

Rudnick eventually contacted the woman and set up a meeting to talk about the post, and how the woman was incredibly supportive of the cause. After the West Linn protesters were featured in this group, it received overwhelmingly positive feedback. There were negative comments, and the post eventually was taken down, claiming that it didn’t fit the community guidelines.

Another community member started a new facebook group that welcomed political posts. “I think that’s a really cool outcome,” Rudnick said. “I feel like a lot of people come up to me and they’re like, ‘Walkouts don’t do anything, they’re not going to change anything,’ but then they do.”

The Sept. 20 protests have created more awareness in the community, but there are still things that we can do. “Your voice matters, and your actions matter. So just reaching out and asking and saying ‘Hey, I think this is a good idea,’ the chances are, especially in our community, someone’s listening to you,” Rudnick said.

“There is not much of tomorrow if you don’t make time. I can’t think of something more urgent than raising awareness, getting educated, learn what’s going on. Make the time,” Davies said. “And if it’s planting the tree in your yard, if it’s talking to someone and saying, ‘This really matters.’ It’s calling your political leaders, writing a letter to your congressmen, going to city council and saying, ‘We want West Linn to be 100%, renewable carbon neutral in the next decade.’”