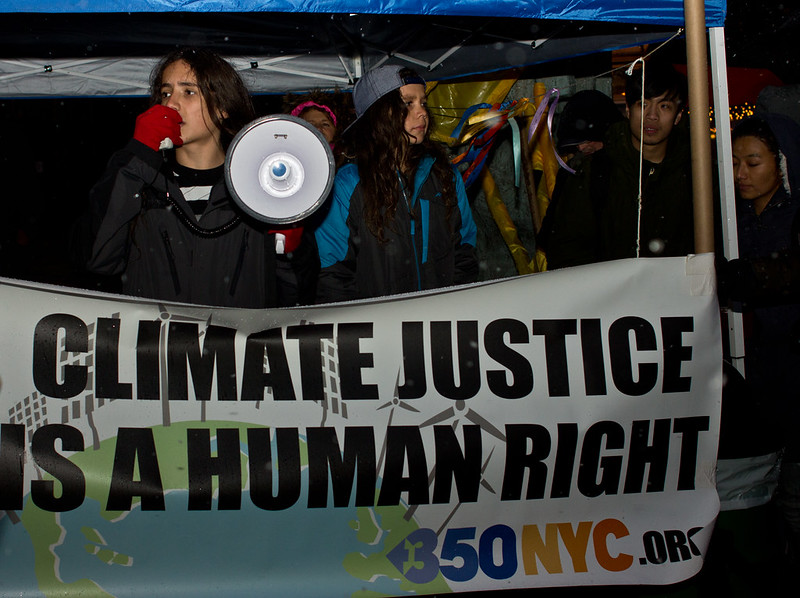 Greta Thunberg has taken the national stage in the past few years, and was recently named the 2019 TIME Person of the Year. But there are numerous other young activists that are promoting the protection of our earth who aren’t getting the same spotlight. Many of these activists have sidelined their education to protest, and are even suing their home countries because of their inaction to go green, but they aren’t receiving the same attention. Here are some the young climate activists that aren’t getting praise:

Manual is a 17-year-old from Palau, an island in Oceania, who has recently spoken at UNICEF in New York. The impacts of climate change have already reached his home. “Our homes are being swallowed up by the ocean. The places where memories were made, the places where trust and respect are gained. The places where we used to have fun and enjoy,” Manual said at the UNICEF climate meeting.

Martinez, a 19-year-old of Hispanic origin, is the leader of a climate group called the Earth Guardians that inspires a diverse group of young activists. He started speaking about climate change at the early age of six, has given speeches nationally and globally, and has recently written a book about how to restore our planet.

Lorenzo is a 12-year-old climate activist from Salvador, Brazil. She is one of the 15 people accusing world leaders, claiming that they are violating children’s rights by their inaction of climate change. The places being accused are Argentina, Brazil, France, Germany, and Turkey. “We will not permit them to take our future away. They had the right to have their future; why don’t we have the right to have our own?” Lorenzo said.

Mutunkei is a 15-year-old from Kenya, who has helped his community by creating a fundraiser of every soccer goal he scores, they plant a tree. “I started seriously planting trees because I started hearing things about deforestation and climate change and pollution, and so I brought the two things together and came up with trees for goals,” Mutunkei said.

Jbeli is 17, from Tunisia. He has spoken out at the UN petition for climate change and was a part of standing up for child rights at UNICEF. “Unfortunately, governments are ignoring us. They are careless about climate change in general,” Jbeli said.

Pandey, originally from India, is 11 years old. She was among the 15 people who spoke at the UN with Greta Thunberg. “The government said they cleaned [the Ganges river] but it’s not true,” Pandey said. “We say the Ganga is mata (mother), that Ganga is a goddess for us, and we just pollute it.”