Death heard around the world 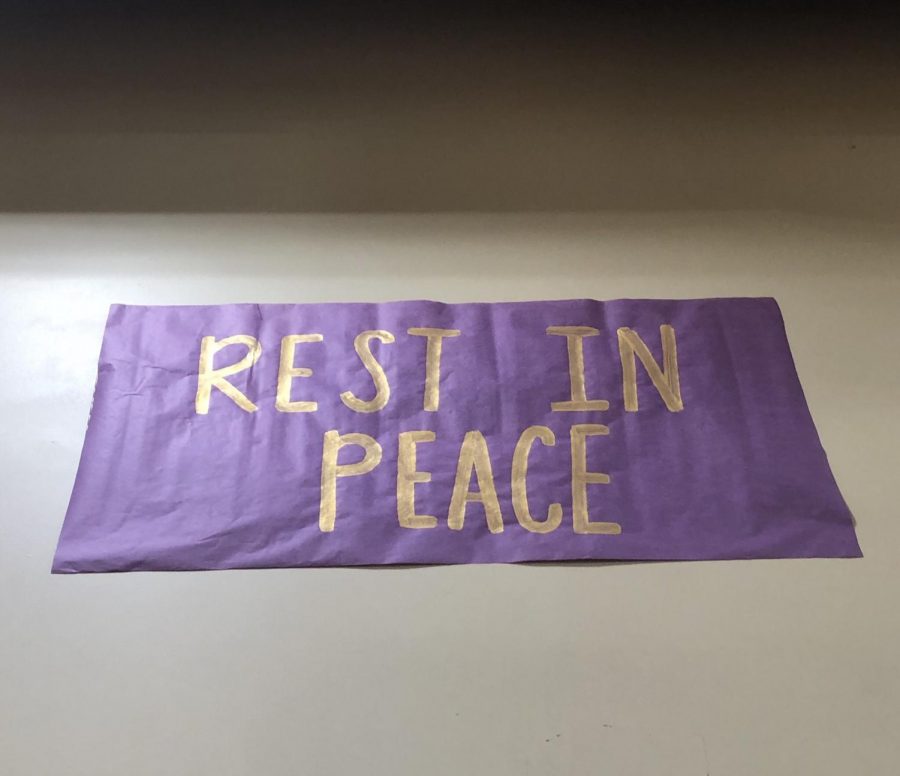 A purple and gold poster hanging in the gym for those who lost their lives during the helicopter crash.

Former NBA superstar Kobe Bryant and his daughter Gianna passed away Jan. 26, in a helicopter crash.  There were nine total victims of the crash including, Sarah and Payton Chester, Ara Zobayan, Christina Mauser, and John, Keri, Alyssa Altobelli.

The five-time NBA champion was a hero and friend for many players in the NBA, and players have been showing their respect and mourning in many different ways.  Teams across the NBA have started their games by each taking a 24 second and eight second violation to honor the two numbers that Bryant wore throughout his career.  Teams such as the Pistons and Sixers have also worn jerseys with 24 or with Bryant on the back during warm ups. The Dallas Mavericks, another basketball organization, is going as far as retiring the number 24 which Bryant wore for the second half of his career.

A petition which was started by Nick M is asking for signatures for the NBA to change the NBA logo from Jerry West to Kobe Bryant.  This petition doubled its goal of one million signatures in less than 24 hours.

The love for Kobe Bryant has been international.  A massive mural of Kobe Bryant hugging his daughter Gianna was painted on a basketball court just south of Manila in the Philippines.  Every professional basketball team in Italy will have a moment of silence for Kobe Bryant for the next week to honor the player who grew up in Italy.

Our school also had a moment of silence during Tuesday’s home varsity basketball games.  To show support of the victims, the basketball games were a Laker Out where students were encouraged to wear purple and yellow, the team colors of the Lakers.