‘Even a small difference is something’ 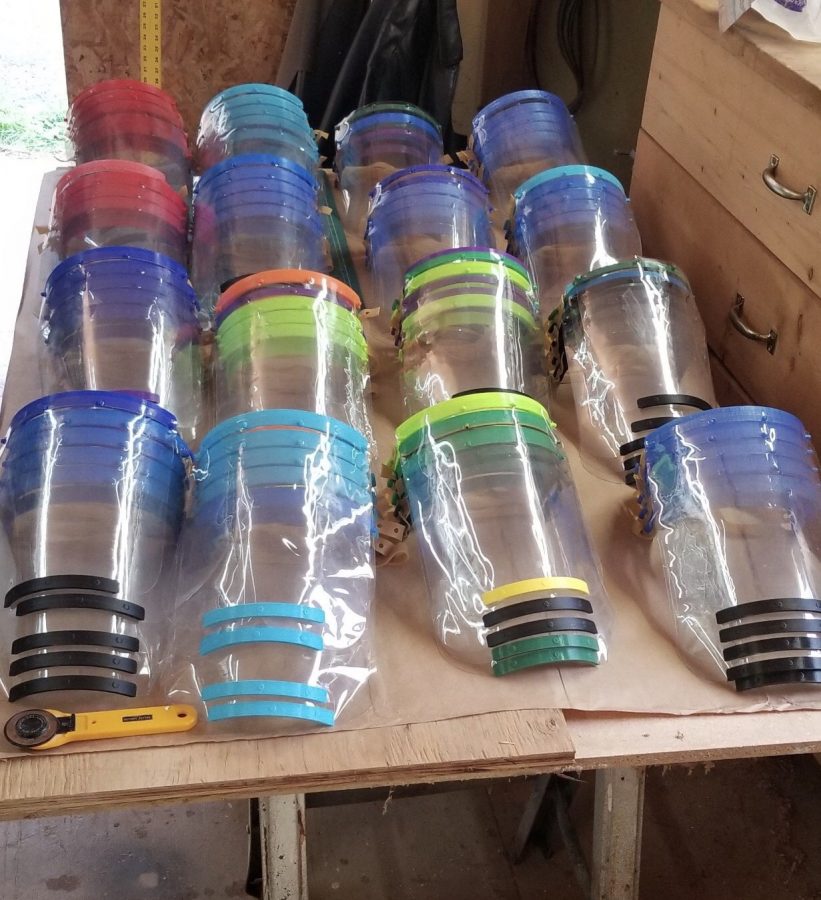 As Oregon sets foot into its fourth week of the “Stay Home, Save Lives” measure, students and community members alike have been finding ways to give back and support one another during quarantine. With the increasing demand for masks, people have been engineering their own protective equipment to help slow and limit the spread of the virus, one group being the robotics team who are using their equipment and skills to help make 3D printed face shields–something they started planning before school was even closed.

The project was started by the robotics team 2471 in Camas, Wa., who in collaboration with our team, 7034, made a total of 381 protective masks that were distributed to first responders.

Now, West Linn is partnered with Wilsonville’s robotics team (Team 1425), who together are working on making face shields, most of which go directly to nearby hospitals.

The project has become a district-wide effort, with Athey Creek lending their 3D printers for use, and the West Linn Public Library donating all of their extra filament to the teams. Currently West Linn is 3D printing the shields, and Wilsonville’s team is cutting all the plastic and assembling them for distribution.

Brandon Weid, junior, is one of our team’s members who was sent home with a 3D printer to help contribute. “It’s just a couple people trying to do their part, and we’re trying to make an impact,” Weid said. “We’re just helping a larger cause as well, because I know there’s a lot of teams around the United States and around the world that are using their access to 3D printers to do things.”

As of Monday, April 6, West Linn and Wilsonville’s teams have collectively made 78 face shields that have been distributed to ER’s at Meridian Park hospital, a doctor in Salem, to Infinity Therapy, to OHSU, to the West Linn Police Department, to Tualatin Valley Fire and Rescue and 25 of them are also being sent to a hospital in California.

All of this has been accomplished since Friday, April 3 when team members first started to print the parts and assemble the masks.

“The first ones we made were a lot easier,” Weid said. “You could make eight per print bed. But the ones we’re making now, the maximum is two and they take a lot longer. That’s why it’s kind of slowed down as we’re making a much more time-intensive and material-intensive mask, but it’s better.”

West Linn is printing an average of 8-12 masks per day, per person, with only six members having access to the 3D printers, but as a team are delegating them throughout the community as their way of giving back.