A return to in-person school for our youngest learners 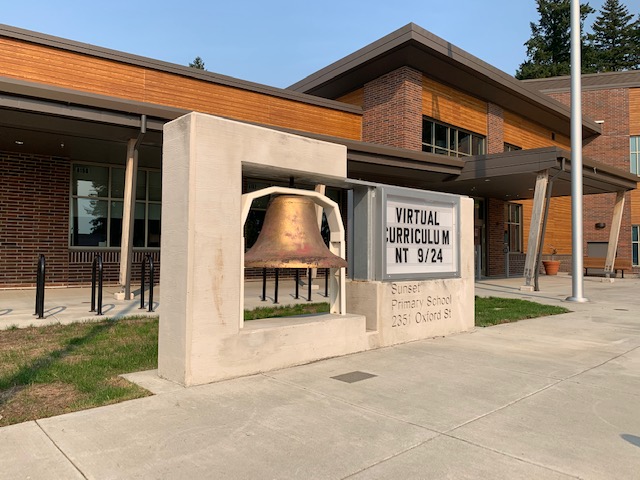 All West Linn-Wilsonville primary schools have been online for the past two months due to COVID-19 concerns.

A new set of metrics was released by Governor Kate Brown on Jul. 28, in an attempt to get our youngest students back in school. Kindergarten through third grade students in private schools went back to in-person learning as soon as the new requirements were released. Now attention has turned to public schools. How will schools with substantially larger numbers of students re-open?

All of the primary schools in the West Linn-Wilsonville School District will be following guidelines listed in a document released from the Oregon Health Authority or OHA called Ready Schools, Safe Learners.  In addition to this each primary school in the district will have its own operational blueprint to follow for re-opening. West Linn-Wilsonville School Board Member Dylan Hydes said,  “There’s going to be required hand washing, the kids are going to have to wear masks, we’re going to keep the kids in pods, like cohorts. That way they’re interacting with a smaller amount of kids per day.”

“Virtual learning is challenging for everyone, but it’s especially challenging for younger children and what the science shows is that for younger kids you really want to limit screen time anyways. You really want to get them face to face with teachers and peers,” Hydes said. Kindergarten through third graders have been prioritized to get back in school for a myriad of reasons. “Socially developing and building those skills is half the equation, the other half is that what the science is showing us is that the younger you are the less likely you are to to obtain the disease and then transmit the disease.”

Thomas Frank has two daughters in West Linn primary schools and has been managing work and teaching them for the past two months. “They would definitely do better in a school environment than the virtual,” Frank said. The re-opening will follow the hybrid model originally planned for the entire school year and a timeline for when students will be returning to school will hopefully be released before the originally revaluation date of Nov. 2.

Switching to a hybrid model will also benefit students on an IEP or 504 who haven’t been able to get the instruction they need and deserve at home. Being back in school will mean direct access to resources those kids simply don’t have at home such as counselors, aides, and therapists. It will help take the pressure off their parents who have had to fill all of those roles while also working and in some cases helping other students in their home.

“Anybody who’s concerned about this I would really encourage them to look at the Ready Schools, Safe Learners and also the operational blueprint for their child’s school,” Hydes said. Unfortunately there is no way to create a zero risk environment but the district is doing everything it can to protect students as they re-enter the classroom. “This is probably going to be safer than anywhere else they’re going to go.”