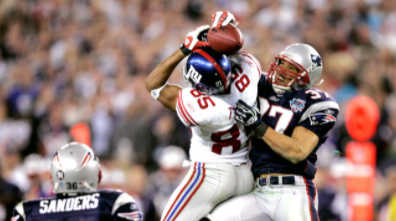 Originally called the AFL-NFL Championship, the Super Bowl debuted in 1967 between the AFL’s Kansas City Chiefs and the NFL’s Green Bay Packers. This was the only Super Bowl to not have a sold-out crowd, and tickets were priced at an average of $6. The first four Super Bowls were played by the two winners of the NFL Championship and the AFL Championship. By the fifth Super Bowl, each league was completely merged into one.

The Super Bowl is also famous for its halftime entertainment. However, in the early days of the game, halftime was filled with marching bands, balloons, and entertainers using jetpacks. With the emergence of creative and innovative halftime entertainment in the 90s, which included stars like Michael Jackson and Queen Latifah, the Super Bowl Halftime Show was a major event in its own right. Today, the halftime shows are still performed by global stars like Snoop Dogg, Dr. Dre, Eminem, Mary J. Blige, and Kendrick Lamar, all of whom will be performing at this years’ Super Bowl.

Super Bowl’s of the past have created memorable moments on the field for fans across the United States. Here are some of those moments that have shaped Super Bowl history:

In Super Bowl XVIII, Hall of Famer running back Marcus Allen spins around and runs through the Washington defense for a 74-yard touchdown run.
Joe “cool” Montana delivers a game-winning drive against the Bengals in the closing minutes of Super Bowl XXIII.
Wide-right: Super Bowl XXV ends 20-19 in favor of the Giants over the Bills after Bills’ kicker Scott Norwood missed the kick to the right on the final play of the game.
In Super Bowl XXXII, John Elway dives and becomes a helicopter at the end of the fourth quarter. This play is known as the “helicopter run.”
One yard short: In Super Bowl XXXIV, Kevin Dyson comes one yard short of championship destiny.
Coming in as 14 point underdogs, the Patriots stun the Rams on a last-second field goal from Adam Vinatieri in Super Bowl XXXVI. In Super Bowl XXXVIII, two years later, Vinatieri hit another game-winning field goal to sink the Panthers.
In Super Bowl XLI, Bears kick returner Devin Hester returned the opening kickoff for a touchdown, the first and only occurrence in Super Bowl history.
Super Bowl XLVII delivered another upset. The 14 point underdog Giants defeated the Patriots, ending their quest for the perfect season.
Santonio Holmes delivered the best catch in Super Bowl history to defeat the Cardinals.
Peyton Manning throws a pick to Tracy Porter, who returns it to the endzone to give New Orleans their first and only Super Bowl victory. This victory came only four and half years after Hurricane Katrina.
Manning to Manningham: Eli Manning throws a dart to Manningham in Super Bowl XLVI to help stun the Patriots once again.
Patriots’ Malcolm Butler seals the Patriots championship fate with an interception at the goal line in Super Bowl XLIX.
Down 28-3 in Super Bowl LI with only 18 minutes to go, Tom Brady and the Patriots stormed back to beat the Falcons in overtime, the only overtime in Super Bowl history.

The Philly Special: Backup quarterback Nick Foles and head coach Doug Pederson call this gutsy play call at the end of the half, an embodiment of the Eagles’ championship run.