Russia invades Ukraine: What you need to know 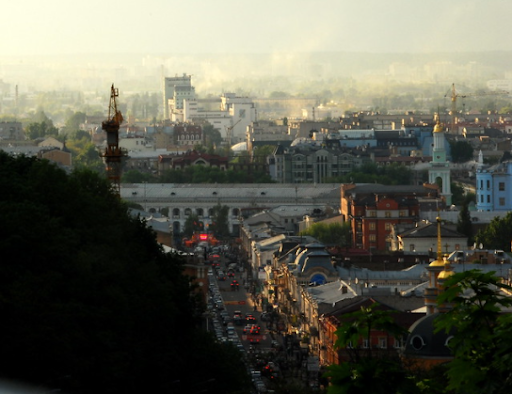 Kyiv the capital city of Ukraine has been under attack by Russian forces since late Wednesday, Feb. 23.

Over the past 24 hours (Feb. 23 in the U.S. and Feb. 24 in Europe), Russia launched a full scale invasion on its southern neighbor, Ukraine. Russian forces numbering close to 200,000 individual soldiers had been amassing on the Russia-Ukraine border for months. As tensions rose throughout the week, U.S. intelligence predicted that an attack was imminent. Originally, President Vladimir Putin of Russia claimed he would only pursue a military operation in the Donetsk region of Ukraine, but air raid sirens in the Ukrainian capital of Kyiv signaled a much larger invasion.

The Russian invasion in Ukraine has been condemned across the globe as countries, including the U.S., place sanctions on Russia in an attempt to deter further escalation of the conflict. As a member of the North Atlantic Treaty Organization (NATO), the U.S.’s military forces, “are not going to Europe to fight in Ukraine, but to defend our NATO allies and reassure those allies in the East,” according to a speech President Joe Biden gave addressing the conflict.

Russia and Ukraine have many historical and cultural ties, as both were a part of the Soviet Union. However, when the Soviet Union dissolved, Ukraine broke away from Russian power and established its own democratic government. In 2014 Russia invaded a small portion of Ukraine, Crimea, and annexed it as part of Russia. Ukraine has been attempting to join NATO, pulling further away from Russian influence, which experts believe is playing a role in Russia’s decision to invade.

On the first day of the invasion 137 Ukrainians, both soldiers and civilians, died, and 316 people were wounded, according to Ukrainian President Volodymyr Zelenskyy. During the day, the Russian military seized the former nuclear power plant, Chernobyl, that was the subject of a meltdown in 1986. After the reactor melted down it was covered in a cement dome to protect the world from the radioactive contents inside, which are highly toxic. Workers at the facility now do upkeep on the dome and work to monitor the radiation levels to insure the safety of the surrounding areas.The staff are reportedly being held hostage by Russian forces.

Thousands of protestors took to the streets around the world opposing the war, including in various cities around Russia. Russian protestors are being detained throughout the country, with more than 1,700 people being put under arrest. As the conflict continues to unfold more sanctions on Russia are expected to be announced by the European Union (EU), whether they will be enough to end the fighting across the country of Ukraine remains to be seen. For more information on this topic, check out our live updates page.