A hero to many

The world responds to the death of Taylor Hawkins, drummer from the Foo Fighters. 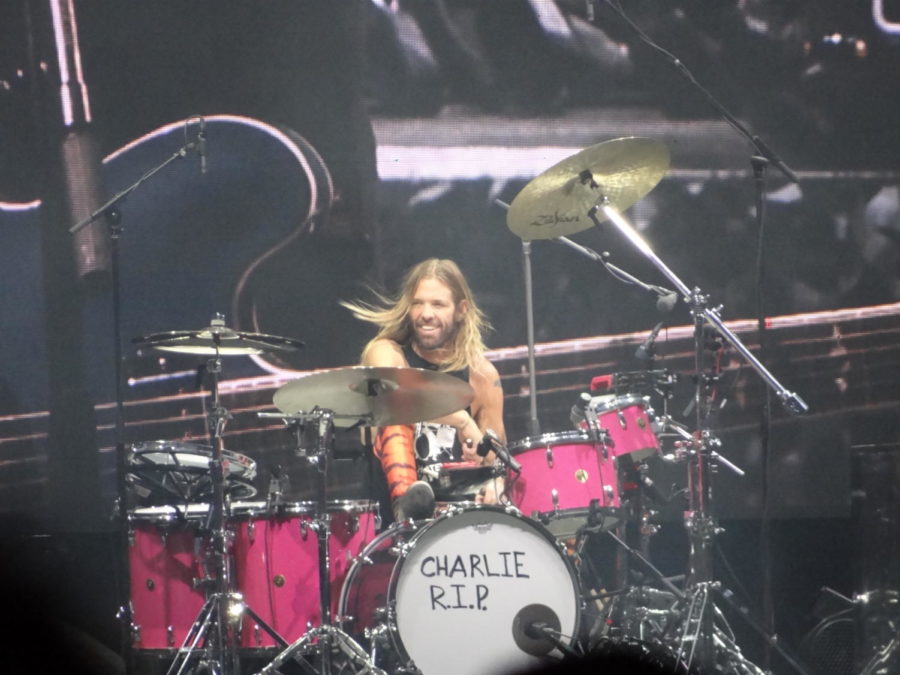 Taylor Hawkins, drummer of the Foo Fighters died March 25, at the age of 50. The day after, the office of the Attorney General of Colombia tweeted a statement saying that a preliminary toxicology test found substances including opioids, benzodiazepines, tricyclic antidepressants, and THC (the psychoactive compound in marijuana) in his system. An ambulance was sent to his hotel room after receiving a call of a “patient with chest pains.”

The Foo Fighters shared on social media saying, “The Foo Fighters family is devastated by the tragic and untimely loss of our beloved Taylor Hawkins. His musical spirit and infectious laughter will live on with all of us forever. Our hearts go out to his wife, children, and family, and we ask that their privacy be treated with the utmost respect in this unimaginably difficult time.”

The Foo Fighters were on tour in South America, and have now canceled the upcoming shows. On social media platforms, the Foo Fighters shared a second post saying, “It is with great sadness that Foo Fighters confirm the cancellation of all upcoming tour dates in light of the staggering loss of our brother Taylor Hawkins. We’re sorry for and share in the disappointment that we won’t be seeing one another as planned. Instead, let’s take this time to grieve, to heal, to pull our loved ones close, and to appreciate all the music and memories we’ve made together…”

At the Grammys this year, an extended moment was taken to honor Hawkins. The show included a compilation of videos and photos from his career. The Foo Fighters were scheduled to perform but pulled out, and were up for three trophies. Their album “Medicine at Midnight” won Best Rock Album, “Making a Fire” won Best Rock Performance, and “Waiting on A War” for Best Rock song. Billie Eilish paid tribute to Hawkins during her performance of “Happier Than Ever” by wearing a custom t-shirt with an image of Hawkins on the front and his name on the back.

Taylor Hawkins had been a part of the band since 1997, making this year, his 25, the last. People all around the world are reacting, not just family and friends, but fans and famous musicians. On March 26, Mick Jagger shared to Twitter, “So incredibly sad to hear of the passing of Taylor Hawkins. My thoughts are with his family and the band at this time.” In Laguna Beach, Hawkins’ hometown, there was a drum circle memorial on March 31.

To many, Taylor Hawkins was an inspiration and hero, and fans are grieving about the loss all across the world.