Staying safe in a snowy situation: What to do during West Linn snow days 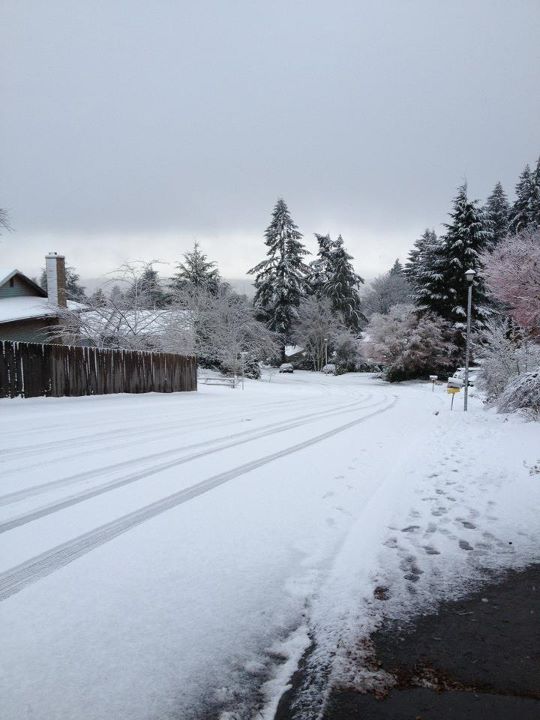 A bus in a ditch, skidding cars and closed roads – these are all signs that people need to be careful in this unusual weather. It’s somewhat rare that West Linn experiences snow, and even rarer that students still need to go to school. The short commute is still a treacherous one with the steep hills of the city.

It is important to drive slowly and carefully, and with larger vehicles, one should even resort to the use of chains. This morning, two West Linn High School buses collided, and one skidded into a ditch. To avoid mishaps such as these drivers need to drive with more awareness.

It is also important to be aware of cars on the roads if you are a pedestrian. You never know when a driver can lose control of his or her vehicle on an icy or slushy road. Watching out for vehicles while you are playing in the snow on a sidewalk or a yard in close proximity to the road is key to your personal safety. If you are going out in the snow, it is best to go into an open area like a field, where you know that a skidding car probably won’t hit you.

Even though the snow may be fun and an excuse not to go to school, it is also hazardous. If you pay attention to the news, you’ll see that cars are skidding, people are slipping and schools are closing to keep students and citizens safe. It is important to keep up your guard both behind the wheel and as a pedestrian.