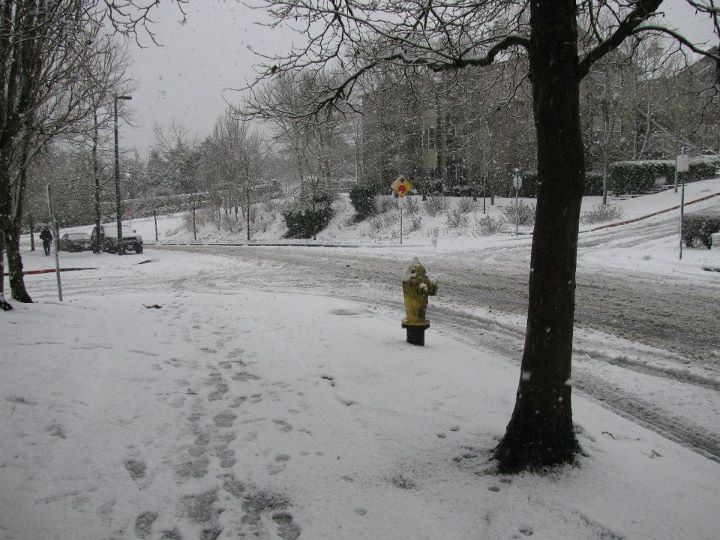 As the snow piled up, so did student absences. Some students were unable to maneuver the icy roads and opted to stay home rather than risking the drive to school. This resulted in classrooms with many missing students which was reflected in the attendance report. Evric Jenkins, senior, said that in his Discrete Math class, 16 out of 26 students were present.

“As of right now, we have over 350 absences” Ashley Nelson, Attendance Secretary, said halfway through second period.

Despite the weather, other school districts are also in session. The Oregon City, Canby and North Clackamas district have had a full day, while Lake Oswego began after a two hour delay. West Linn and Lake Oswego were scheduled to face off tonight at the boys’ basketball game. The game is featuring the Lions, ranked sixth, versus the Lakers, ranked second. It is unclear now if the game will take place.

Max Blumenthal, senior, was not able to attend school because his parents would not let him drive. This did not damper his spirits, though, as he took a positive approach to his dilemma.

“I am taking a personal snow day,” Blumenthal said.