“Skyrim”: a game of the future 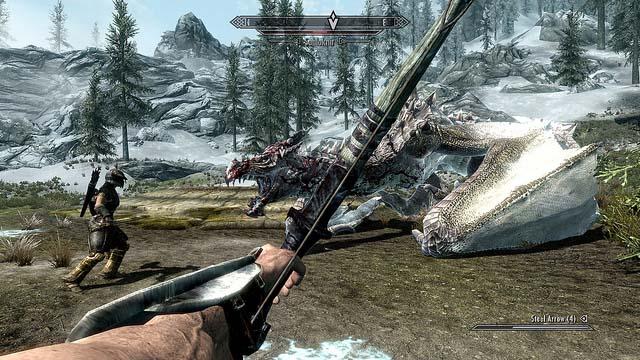 Five years in the making, “Skyrim” is a big improvement from Bethesda game studio’s last game in the “Elder Scrolls” series. The improved combat feels more fluid and less repetitive and robotic than it has in the past games of the “Elder Scrolls” series. The creators of “Skyrim” have worked hard to include details like writing actual text for the many books that you will find when exploring in “Skyrim.”

In “Skyrim,” your character comes into the world as a dragonborn, who, after slaying a dragon, absorbs its soul. You can use this soul to unlock a random power called a “shout,” which your character will learn from word walls located randomly throughout the country of “Skyrim.” The land of “Skyrim” is terrorized by a powerful dragon named Alduin. You have to travel to the “Graybeards,” masters of the shout, and learn how to kill Alduin.

A small lag is a one of the only problems that I have found when playing “Skyrim” and will most likely be fixed in a future update. With over 300 hours of game play in “Skyrim” you will not run out of quests.

From a seasoned gamer to a first time player, anyone can realize when playing this game that there is something different about it. The International Gaming Network (IGN) gives it a rating of 9.5 out of 10. Because of its superior graphics and revolutionary game play, I give “Skyrim” five out of five stars. The superior graphics and realistic game play come together in beautiful unison to make “Skyrim” a gaming experience unlike all others. Buy “Skyrim” at almost any store that has an electronics section. The average cost of “Skyrim” is $50. 99. The game rating is M for blood and gore, intense violence, sexual themes and use of alcohol.