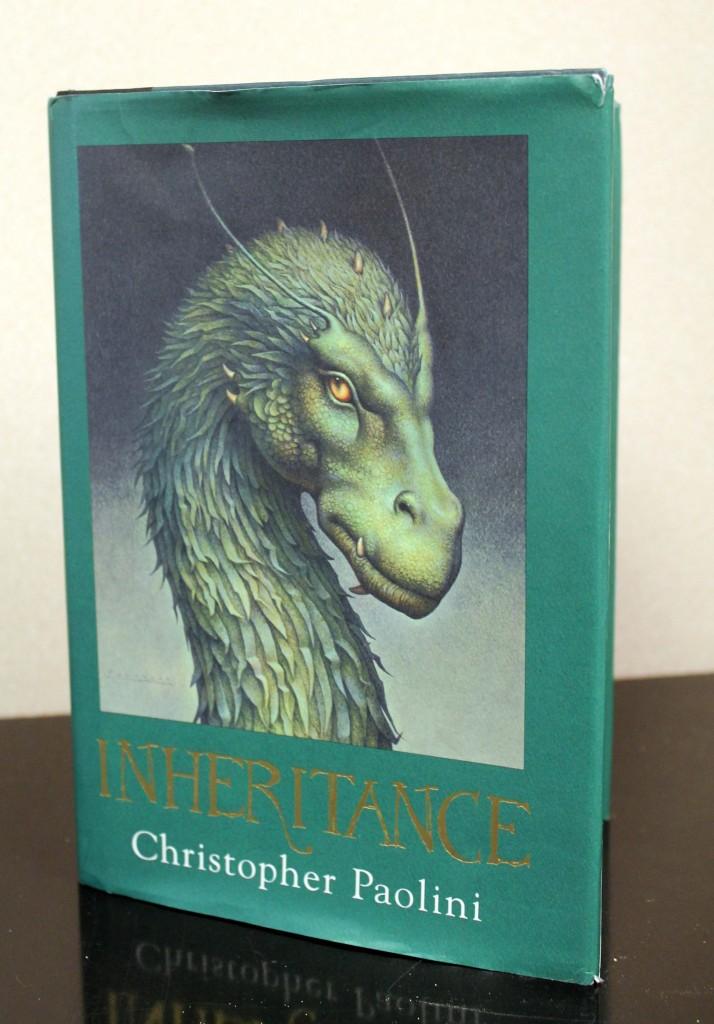 Christopher Paolini has recently released the final novel to his ever-so-popular book series, the “Inheritance Cycle.” From start to finish, “Inheritance” is packed with action, adventure, drama, and romance.  Similar to “Brisingr”, the third book of the Inhertiance Cycle, the beginning starts out with an intense battle scene, with almost near-fatal deaths for Eragon’s brother Roran, and Eragon’s faithful dragon, Saphira. The Varden is continuing to fight against Galbatorix, seeing to destroy him at all costs. The tension runs high as new comrades are hiding dark secrets from the Varden. Eragon is still desperately seeking to have Arya for his own.  Roran is sent on a dangerous mission: to capture and claim an entire city all on his own. Meanwhile, Eragon’s final battle with Galbatorix is about to disembark.

I enjoyed every aspect of this novel. The adventures and trials that Eragon and Saphira had to face are truly thrilling to read about. Being a fan of romantic novels, “Inheritance” really took romance to another level for me, bringing in fascinating aspects that other romantic novels cannot enclose. I could not put this book down, due its well-written suspense and dramatic scenes.

One of the things that I did not like about this novel was that some of the battle scenes were a bit more graphic than in the other three books of the series. Describing the blood, gore, and the grave injuries that occurred in the battle made the battle scenes more interesting but left me a bit repulsed.

I was really surprised on how this book turned out. Usually popular books among readers have terrible conclusions to their marvelously well-written stories. However, Paolini wrote the final chapter in such a way that left me feeling satisfied.

I would rate “Inheritance” a four and a half out of five stars. This novel is a very good read if you have the time on your hands. I would definitely recommend this novel, because even with its extravagant word choices and complex plot, it is still a delightful book filled with new ideas and twists and turns that other readers will not get to read elsewhere.

“Inheritance” is available in a hardcover copy at Barnes and Noble for $15.25. The West Linn Library also has a copy available to put on hold, but beware of a really long wait.