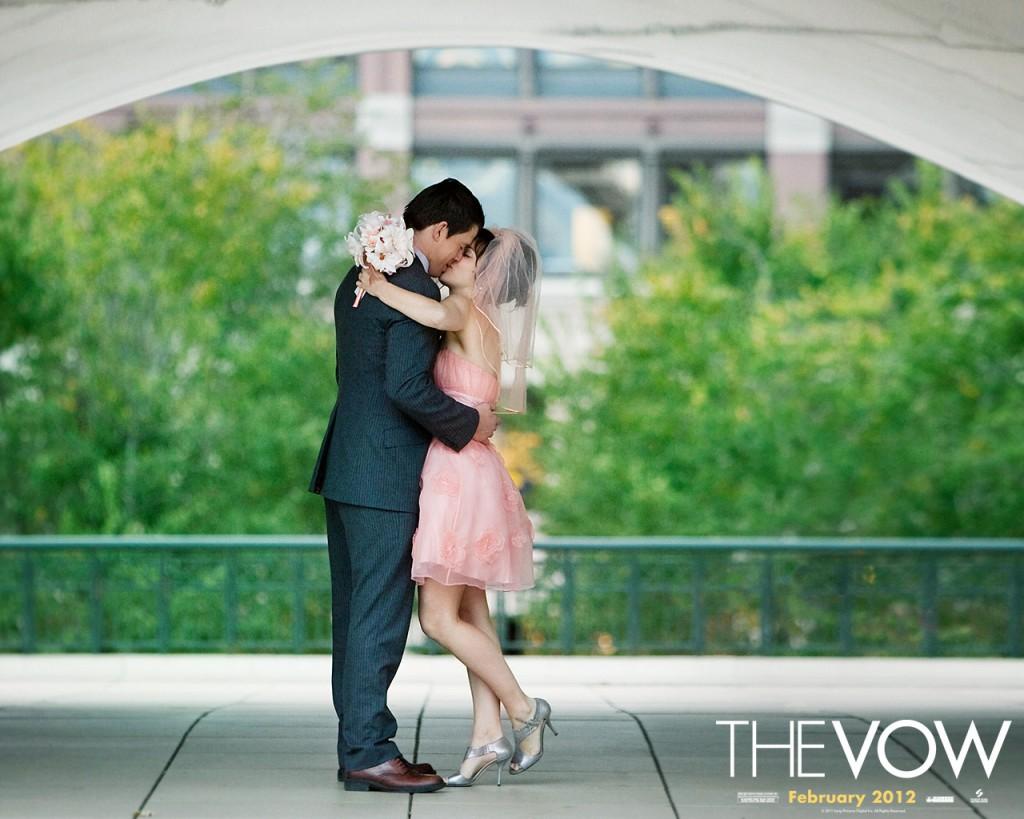 “The Vow” starts off with a basic romantic drama premise: can true love conquer all, even in light of all the major obstacles in the way?  The movie answers this question in cliché and stereotypical fashion. Based on true events, the plot revolves around newlyweds Paige and Leo as they face a particularly tough challenge. After a car accident, Paige (Rachel McAdams) wakes up with amnesia and has absolutely no memory of the last few years she spent married to Leo (Channing Tatum), or even who he is. The last thing Paige can remember is studying law at college and being engaged to her old boyfriend, Jeremy (Scott Speedman), which took place years ago.

The rest of the movie plays out in formulaic fashion. Realizing that Paige’s memory could come back, Leo sets out to help jog Paige’s memory with varying success. But of course, as with any romantic “chick-flick,” Leo’s love for Paige never wavers, even when it dawns on him that Paige will never be the same person that he once knew and loved.

The best part of the movie is the very beginning, when audiences first see how the romance between Paige and Leo blossomed. From their first date to their sweet and quirky wedding, audiences can really understand the kind of couple that Paige and Leo used to be. While this sweet undertone lasts throughout the entire movie, it falters in the middle and the movie can never regain its balance.

The only thing that truly saves “The Vow” is the two main actors. Seeing as both McAdams and Tatum have romantic dramas under their belts (“The Notebook” for McAdams and ”Dear John” for Tatum), they have chemistry together that really translates on the screen. This is one of the only highlights in the movie, as everything else seems dull and lacking in the surprise department.

The ending in particular makes “The Vow” a shadow of what the movie could have been. It does little to surprise or shock. The ending feels too weak and doesn’t have the impact that the audience really wants. At the end of the movie, audiences will feel cheated and deprived of what could have been a truly great love story.

“The Vow” could have been something truly amazing. It could have been the film that so many people, mostly women, have been waiting for: a movie that could fill the void felt by many after the release of “The Notebook.” Instead of a “Notebook” esque everlasting love story, the audience is left feeling cheated with “The Vow” due to a movie filled with little surprises and an ending that feels rushed and hurried. All of the flaws found in “The Vow” make it a movie that is overall no better than a C grade.

“The Vow” is rated PG-13 for an accident scene, sexual content, partial nudity and some language.