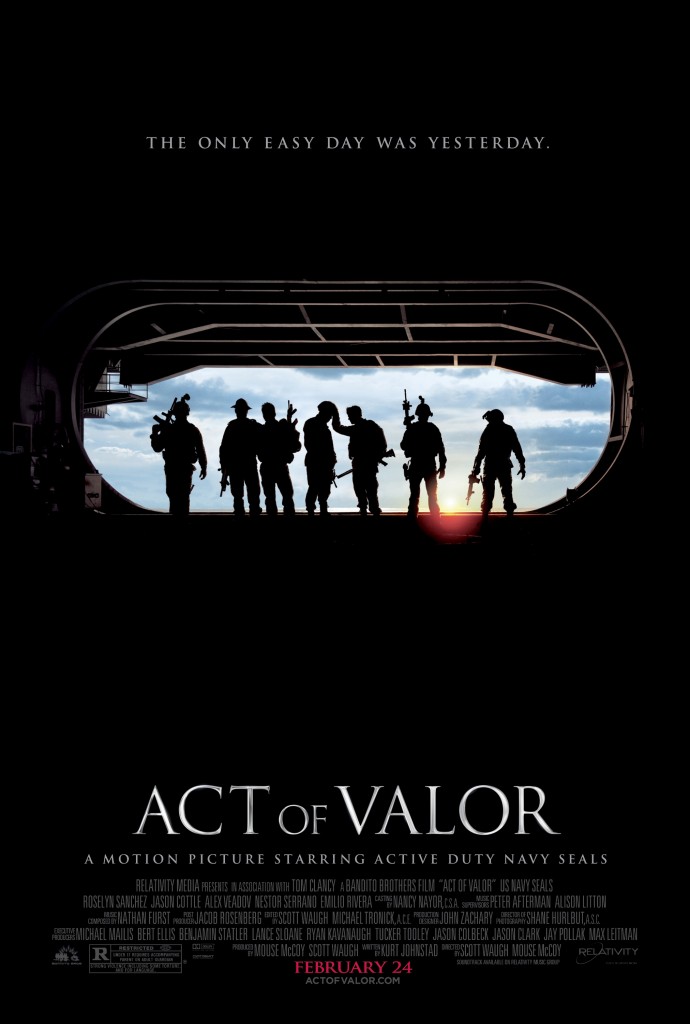 With live ammunition and heart-stopping explosions, “Act of Valor” leaves viewers feeling immense respect for the Navy’s special operations sailors, Navy SEALs (Sea, Air, and Land), that defend our country. From the specialists who assasinated Osama bin Laden and rescued hostages in Somalia, I expected earth-shattering combat scenes that come with the territory, and was not disappointed with this film by Relativity Media.

The greatest aspect of the movie was the action. During filmmaking, the SEALs used live fire rounds while shooting to create a realism that is unmatched by blanks. The directors, Mike McCoy and Scott Waugh, were quoted saying that the Navy SEALs wanted to do it for real or not at all.

“The only way to pay tribute to these guys was to use real SEALs doing what they do,” McCoy said.

There were also scenes that depicted what it’s like for SEALs to leave their homes and their families not knowing if they’ll come back dead or alive. One SEAL leaves his pregnant wife behind but she makes him promise to be there when the baby is born. Although that scene was supposed to be emotional, it fell short because SEALs aren’t actors, and there wasn’t a connection between the actress and the SEAL, Lt. Rorke.

With the violence and failed emotion, there is one scene that had the audience laughing out loud. It involves one of the operators, “Chief,” interrogating a bad guy known as Christo and confusing his name with Crisco. The interrogation reminds me of a classic “good cop, bad cop” scenario that you see in all of the campy crime shows.

“Act of Valor” also featured submarines, helicopters, fast-roping (when a solder slides down a rope from a helicopter to the ground), helocasting (jumping out of a helicopter at low altitudes into water), real HALO (High Altitude Low Opening) jumping from a plane performed by the U.S. Navy’s Parachute Team the “Leap Frogs,” SWCCs (Special Warfare Combatant-craft Crewmen) operating gunboats, helicopter support and even the occasional rocket launcher. If you’re interested in the nation’s current military technology and its use, this is the right movie for you.

With active duty Navy SEALs, “Act of Valor” was set to be an extremely realistic and believable movie. Surprisingly, the movie’s best quality also caused it to not be a blockbuster. Because the starring SEALs were not professional actors, they lessened the realism of the script, while the action and tactical scenes made it feel like you were right beside them with your boots on the ground.

Despite the lack of emotion, the realism in the scenes proved the movie to be acurrate in the combat spectrum. I would give the movie an A-. “Act of Valor” is rated R for strong violence including some torture, and for language.