Bronies Speak Out: What are you looking forward to in season 3 of “My Little Pony?” 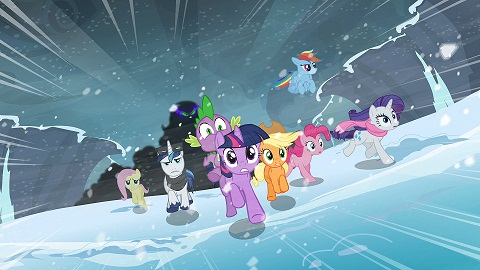 Courtesy of The Hub TV Network

Fans rejoiced when the Hub returned the cartoon “My Little Pony: Friendship is Magic” to the airwaves. The show’s third season premiered on Saturday, Nov. 10, with a two-part episode where the “Mane Six” (Twilight Sparkle, Rarity, Pinkie Pie, Applejack, Rainbow Dash and Fluttershy) try to rescue a new Equestrian race, the Crystal Ponies.

Some Bronies – fans of “MLP:FIM” – in our community were asked about their expectations for season three.

Eric Dale, sophomore: “The continuation of a lighthearted series, that carries high entertainment value for those both young and old.”

Meranda Corona, sophomore: “I am looking forward to all the songs.”