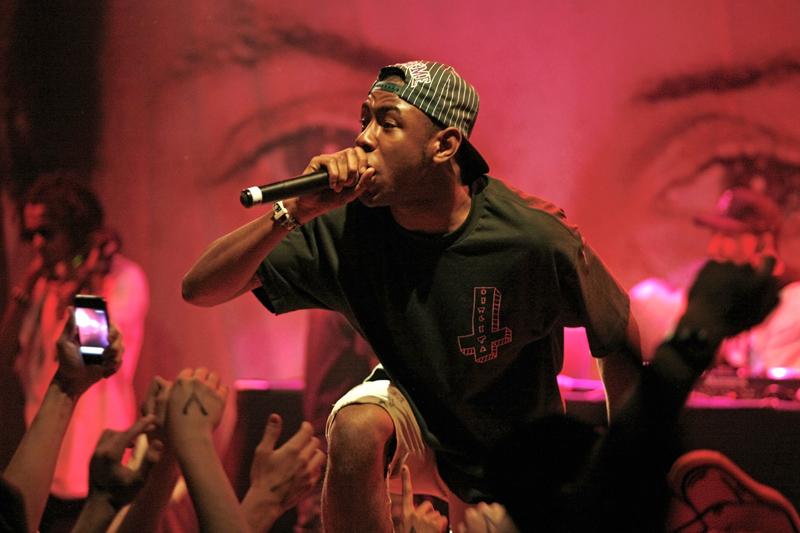 Tyler, the Creator, yet again shows his talent in a knock-down drag-out album full of sarcastic and raunchy lyrics. His music shows little regard to the feelings of those who worship him as an alternative hip-hop genius. His rough vocals and choppy beats are joined with guest appearances by Frank Ocean, Mike G, Domo Genesis, Left Brain, Hodgy Beats, Pharrell, Casey Veggies and Erykah Badu.

His alter-ego, Wolf Haley, makes a guest appearance, speaking in his well-known scratchy, abysmal tone. The dark personality seems to nag on Tyler less than in his early songs. Haley references to such songs like “Tron Cat” and “Yonkers”. These were the very songs that led the advancing artist to momentarily jump above his collaboration tunes with music group Odd Future and produce his first solo release album.

The aggressive rapper takes a progressive approach in exploring the many different sounds at his disposal. He uses a sultry brass section in songs like “Treehome95 (feat. Coco O & Erykah Badu).” This contrasts to “Tamale,” which features a Jamaican street vibe, with tin drums and cowbells underlying the quick raps of Tyler and intermittent soulful outbursts by an unknown senorita.

All in all, the prodigy that fans now know and love is expanding his offensive horizons with new music that is sure to send a decent slap to all who are rad enough to listen. I give this album an “A” for originality and creativity. Well done, Tyler, well done.