Film Version comes off comparable to the novel 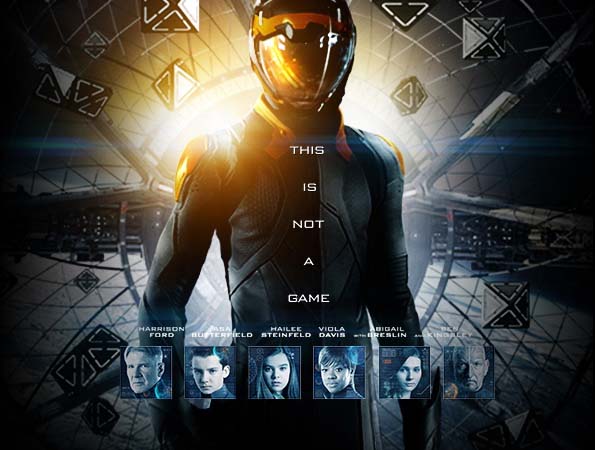 The fate of the universe lies in the hands of a child in “Enders Game,” the new release. Ever since the Formic’s, an alien race, attempted to destroy humanity, the worlds’ International Military has been seeking a commander by training the children of earth. They believe their commander is a young and brilliant child.  In the last attack, the human race won the battle by the sacrifice of their great commander, Mazer Rackham (Ben Kingsly).

Ender Wiggin (Asa Butterfield) has been one of the few selected for battle school, which is located in space. Colonel Graff (Harrison Ford) selected Wiggin for the program and he believes that Wiggin is the commander that will defeat the formic alien race once and for all. Graff puts Wiggin through extensive training advancing him through each rank as quickly as possible. Graff turns Wiggin into an outcast. He makes Wggin make difficult decisions on his own and leaves him with no friends. Wiggin’s training must progress quickly as the Formic’s are preparing for another attack on earth.

The movie is very unpredictable to those who have not read the novel, and it features a very surprising end. However, too much was packed into 114 minutes. The plot often jumped from scene to scene making it at times confusing, especially for those who have not read the book. This problem is most evident in the very beginning of the movie, as it does not describe the scene very well thus having an effect on the viewers’ understanding of what is going on in the first 30 minutes.

For those who read the novel, the movie on track with the novel for the most part.  Unfortunately, with the time limit, many characters and their significance were not introduced properly. In the novel Wiggin’s Brother, Peter (Jimmy Pinchak), and his sister, Valentine (Abigail Breslin), were not very well defined. In the novel, Peter was defined as a violent brute and Valentine as extremely intelligent, but the movie skips those details.  For example, Wiggin thinks he is turning into his brother and he refers to it as being bad, but because we do not know his brother’s personality the viewers do not know why it is bad.

Overall, this movie featured fantastic cinematography, action, adventure, unpredictability and accuracy from the book. I would still rate this movie a solid B+ because in a few scenes a lack of background information caused some confusion. I would recommend going to see this movie in theaters; however it may be a little disturbing to some viewers as it features children being used as assets in war.  This movie is rated PG-13.