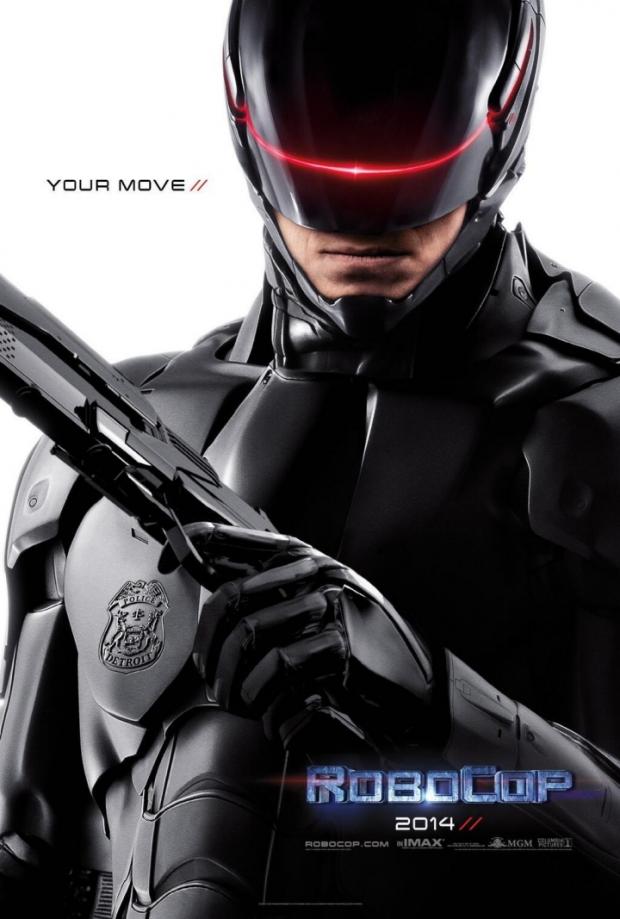 It seemed that this modern update of “RoboCop” was destined to fail from the start. “RoboCop” purists and critics alike were outraged when they had their first look at the film. With the recent trend of bringing back old 80’s action hits to the modern times producing flops such as “Red Dawn” (2012) and “Total Recall” (2012), there is no reason the critics shouldn’t have been skeptical about “RoboCop”. Luckily, “RoboCop” was not the flop they were all expecting to see. While it is by no means Oscar-worthy, it is definitely an enjoyable adaptation of the original.

This time around, “RoboCop” yet again presents us with a failing, run-down Detroit in need of law. With crime running rampant in the city, people are seeking alternate forms of law enforcement which they find in the corrupt, privatized law enforcement agency Omnicorp.

Again, good cop Alex Murphy fills the shoes of their new prototype “RoboCop” after a horrible accident on the job, and is destined by Omnicorp to save the crime-ridden city, and to help Omnicorp to expand its profits by privatizing the entire nations law enforcement needs.

Where this film takes a turn from the original is in where it places its focus. While the 1984 original interpreted the conflict primarily through blatant action and gore, this adaptation focused more on the political aspects of the conflict, like the corruption and propaganda involved. As well as toning down on the violence, this version focused a lot on the theme of humanity, and the protagonist, played by Joel Kinnaman, struggles with understanding his humanity. This was quite refreshing at times, but felt overdone at other times. While focusing so much on politics, it sometimes seemed to forget at times that it was based on an action movie. Its action sequences were few and far between, and seemed a bit dull due to its PG-13 rating, censoring the full potential of each sequence. The blatant gore and raw action was what gave the original “RoboCop” its charm and made it a hit. Toning down on the action took away from that.

The acting was never more than decent. Kinnaman’s character was rather dry, and could have been be played by anyone. Kinnaman did fine in the role, but nothing really made him stand out. Such was the case for the majority of the cast there were no real outstanding performances. Samuel Jackson’s character Pat Novak was entertaining enough and quite humorous at times, but was nothing new from Jackson.

“RoboCop” proved to be an entertaining film. While it took more of a “smart” approach with its political satires and focus on themes rather than being an all out fun action flick, it wasn’t wholly successful in that endeavor. It failed to do what the original did in the way of balancing the political satirical elements with the over-the-top action sequences, and was a little dull as a result. The few action scenes provided were rather fast-paced and entertaining, but the time between them spent attempting to develop Murphy’s son’s character seems wasted.

While RoboCop was plagued with issues of balance and dull moments, it still succeeded in providing some entertainment value, and in the end, that’s all viewers really want from a movie like this. Because of that, I would give it a C.

I recommend this movie to anyone looking to enjoy an action flick, but isn’t out seeking any real depth.