Over emotional acting may hinder its success 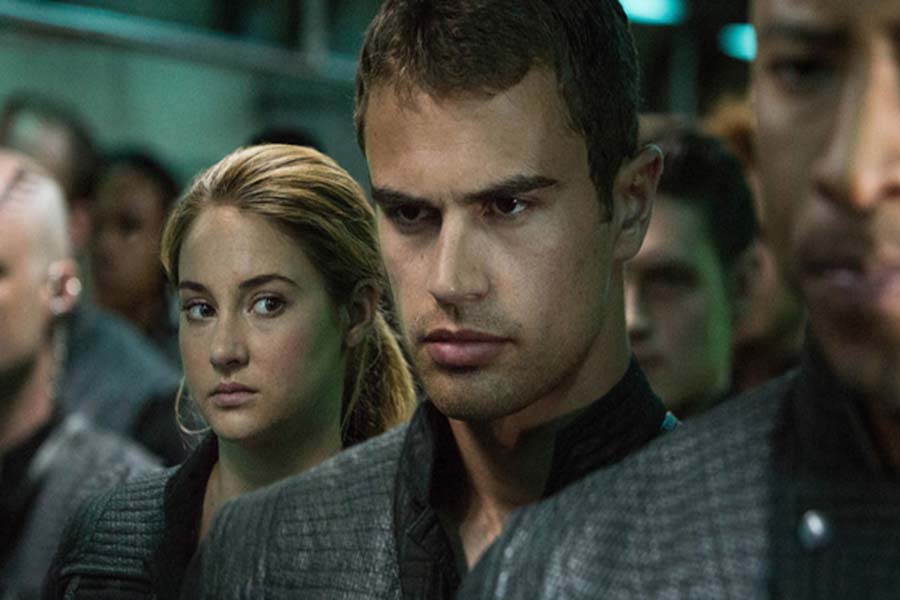 The emotional acting and bad character portrayals may have hindered the success of “Divergent.” The film takes place in Chicago in a post-apocalyptic world where society is broken up into five factions, each known for certain traits: Abnegation (selflessness), Candor (honesty), Amity (peacefulness), Erudite (intelligence) and Dauntless (bravery).  At the age of 16 all children must chose a faction based on a test. The film follows Beatrice Prior portrayed by Shailene Woodley who was raised in Abnegation and must now decide whether to stay with her family or leave and join another faction.

The plot line made sense and made the viewer think about what was happening. For example, in the movie it was proclaimed by the creators of the faction system that factions would help maintain peace. However, it did quite the opposite and created animosity between factions. The viewer may have also observed that the creators of the faction system had done this on purpose to promote fear amongst the people. The plot line was very predictable even for those who were familiar with the book.

The plot of the film also reflects modern day conflicts. In the film the splitting of people into factions caused class conflict, segregation and animosity between factions.

The acting in the film was mediocre at best. Some of the acting was too emotional and some lacked emotion. Woodley showed Beatrice as an emotional wreck who was always dependent on other people and someone who cried whenever she was faced with a difficult task. Theo James, who played as Four, was better; sometimes he was full of emotion and did a brilliant job with his part, but other times he played it kind of dry and lacked emotion. Jai Courtney who was cast as Eric, is an officer in charge of training at Dauntless he did a great job. He really convinced the audience that he was the one who could be in charge and made people fear him.

The poor character portrayals were not just the actors’ faults but also that of the directors, Neil Burger. From “Limitless” in 2006 he has not really directed any other major films. He did a mediocre job. None of the special effects were over the top, the cinematography was great and the action scenes were phenomenal. However, the acting is what makes a movie great and this film lacked any sort of phenomenal or even good acting.

Overall this movie is a solid C apart from the atrocious character portrayals and predictable plot, it was an entertaining movie. I recommend this film for those who have enjoyed “The Hunger Games”. This movie is rated PG-13 for intense violence and action, thematic elements and some sensuality.