“Gone Girl” impresses with its intelligent and stylish production. 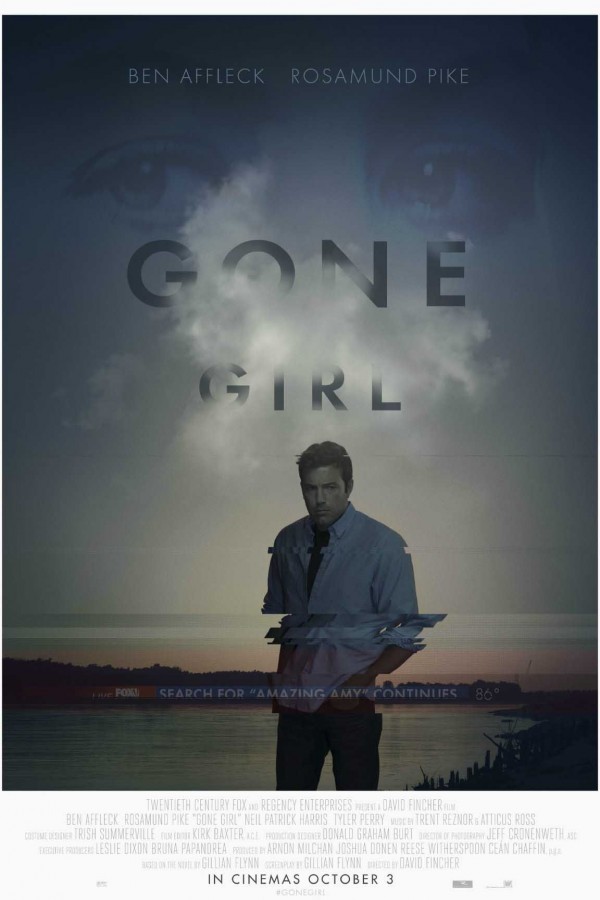 “Gone Girl” is a fantastic film that forwards modern day issues of media and gender roles making for a gripping journey with twists and turns all along the way.

Directed by David Fincher (“Social Network,” “Fight Club”) and based upon the bestseller written by Gillian Flynn, “Gone Girl” is a story of the secrets of a modern marriage. On the day of their five year anniversary, Nick Dunne (Ben Affleck) comes home to find that his wife, Amy (Rosamund Pike) is missing. Quickly after the police are involved and the media frenzy, Nick is accused with the murder of his wife and realizes the situation isn’t all that it seems.

“Gone Girl” is  masterfully executed. Its dark and stylistic tone serves justice to the convoluted plot line of the film. Not only is “Gone Girl” pretty to look at, but it strikes many chords with just about any audience member. Not only is it relatable in some ways, but it forces us to turn the lens on ourselves. One of the biggest themes in the film is the criticism of modern day media. Everything Nick does, even if it’s just smiling next to a picture of his missing wife, is amplified and judged by the masses. A good portion of the film is simply showing us how picked apart and judged by the world Nick feels, and how the media portrayal of someone can lead to assumptions that aren’t necessarily true.

Without the excellent acting of Affleck and Pike, “Gone Girl” could have easily been a flop. It wasn’t until the next morning after I had seen the movie that I realized how many different emotions were playing through the characters’ heads at any one moment during the film. The internal conflict shown on their faces is equally as apparent as the external conflict that is being presented to us, and this is where “Gone Girl” really shines.

I give “Gone Girl” an A-. The mixture of style and deeply complex characters makes for an almost frustratingly good film. I couldn’t help but discuss “Gone Girl’s” themes, motifs and twists with my friends days after I had seen it.