WLHS switches it up with an unconventional take on “Julius Caesar” 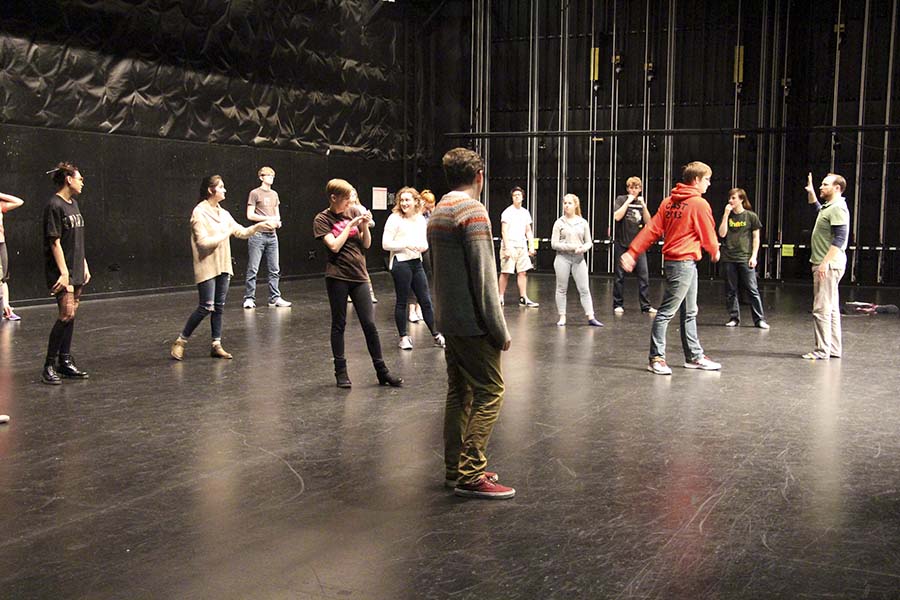 “The text is the same; no editing but I based my interpretation on the cult favorite ‘The Warriors’ a seventies gang movie,” Steven Beckingham, drama teacher and director, said.

“I think a lot more people will be able to connect. I know a lot of people struggle with Shakespeare, and putting it in more modern times could really help,” Laurel Sleeper, sophomore and actor playing the role of Lepida, said in reference the contemporary setting.

The deviations from convention don’t end there as this version promises to showcase more about the characters than the classic rendition. “The focus is really the exploration of loyalty, pride, revenge, relationships, mob mentality, as opposed to just this story about a historical figure,” Beckingham said. “It’s about their humanity.”

Not only is the setting changed, but the genders of characters have been modified. “It’s really cool that we changed some of the characters to women. You don’t see them that much in classic plays; even now you don’t see them as much as you should,” Deanna Plunkett, sophomore and actor playing the part of Pindarus, said. Plunkett is one of nine females undertaking male-dominated roles including Lepida, Antony, Decia and Octavius.

The production is making no attempts to gloss over the violent nature of “Julius Caesar” according to Beckingham. As a Black Box production, the small intimate space in the back of the Performing Arts Building will bring high definition to the more violent scenes. “When a character gets stabbed on stage you will be right there to see it,” Sleeper said.

“Stage combat is cool, but when it’s happening feet away from your face, it’s amazing,” Plunkett said.

Sophomores studying “Caesar” will have the opportunity to see this unconventional take on their required reading during a student matinee. It will allow English classes to view the play during the school day, at a still unspecified date. The rest of the viewing public can go see the play March 6-7 or 12-14. Tickets will be available at the Box Office or online at the theater website starting Feb. 24.