Nicholas Sparks does it again, bringing yet another incredible love story to the big screen 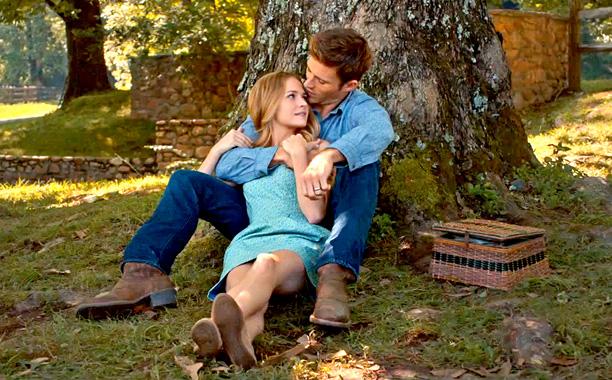 Britt Robertson and Scott Eastwood play Sophia and Luke as they visit the place where Ruth and Ira used to spend their anniversaries in “The Longest Ride.” The Nicholas Sparks inspired movie gives a new spin to the classic romance by teaching an important lesson about love.

The generation born with Disney princess love stories has grown up alongside romantic movies like “A Walk to Remember” and “The Notebook.” When Nicholas Sparks-based movies seem to come out every year, it’s hard to imagine he has more material to use for his love stories. Sparks has found it in his latest film, “The Longest Ride.”

The plot begins by to following Spark’s standard formula. Two people meet, they fall in love, they fight about something, and then they find their way back together. “The Longest Ride” holds the outline, but adds something that sparked my interest. Instead of just focusing on the love story of main characters Sophia and Luke, the plot also follows the love story of a couple who found each other in the 1940s.

The love story of Ruth and Ira, the 40s couple, teaches viewers how to sacrifice for the ones they love. Through their struggles of not being able to have a child of their own and wanting to have a family, they learn how to love each other through a tough circumstance. As Ira tells Sophia his story about Ruth, she learns what it is to sacrifice for love.

What I thought made “The Longest Ride” worth my time was how Luke’s bull riding career wasn’t the center of the movie, as the commercials indicated. The relationships that occurred between the two different generations is, thankfully, the plot’s focus. Unlike many romances, there is a real message to be taken away from the movie.

I would give this movie an A for showing a new angle on the classic love story. I left the theater with tears in my eyes, but also a fresh perspective on what love means.