“The Intern” Excites Over-50 Crowd

Starring Anne Hathaway as the founder and CEO of an online fashion startup and Robert de Niro as her subordinate in a senior-intern program, “The Intern” is one for the ages- or should I say aged. 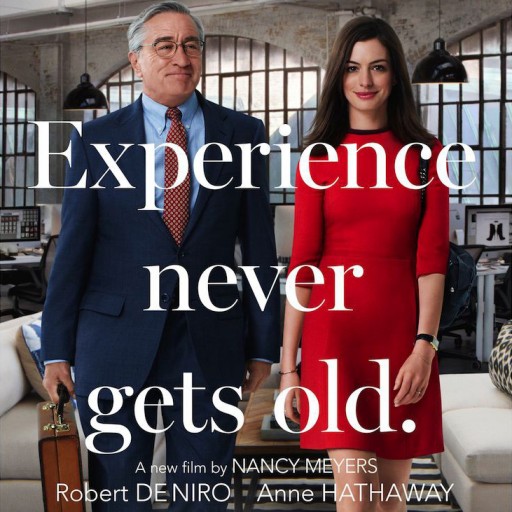 Hitting theaters 9/25, “The Intern” stars Anne Hathaway and Robert de Niro. The duo worked well together as coworkers in the comedy and as actors.

In line at Regal Cinemas in Bridgeport, I stood behind four moviegoers who paid with the senior discount for tickets to to see “The Intern.” After making it into the theater, the demographic reflected the ticket counter.

It seems as if director, Nancy Meyer, knew the film would be popular with an older crowd, because the script has countless age-jokes. A recurring focal point was the difference in age between de Niro’s character, Ben and the other twenty-something interns.

Hathaway plays Jules Ostin, the founder of an online fashion retailer. De Niro plays Ben Whittaker, Jules’ 70 year old intern. Despite his status as an unpaid trainee, Whittaker helps Ostin with his experience in management, having served as head of a paper-printing company years before meeting Ostin.

The emphasis on age is even more apparent through Hathaway’s character, Jules, and her idolization of Ben’s generation. Ben is chivalrous and gentlemanly in a way that Jules feels the millennials aren’t capable of. However old fashioned Ben might be, he is entirely encouraging of Jules and her independence, as well as her subsequent status of a working mom.

Although considering the audience is an effective choice, “The Intern” is paced quite slow, with little to no plot. The two hour film is definitely not for an action-seeking crowd.

“The Intern” is an uplifting comedy that restores old-age values and advocates innovation with a contemporary outlook on family dynamics. However, plot is limited and not quite suited to the vast majority of high school students. For these reasons, I gave “The Intern” a B-.