“Sicario” trumps other drug cartel thrillers of its kind 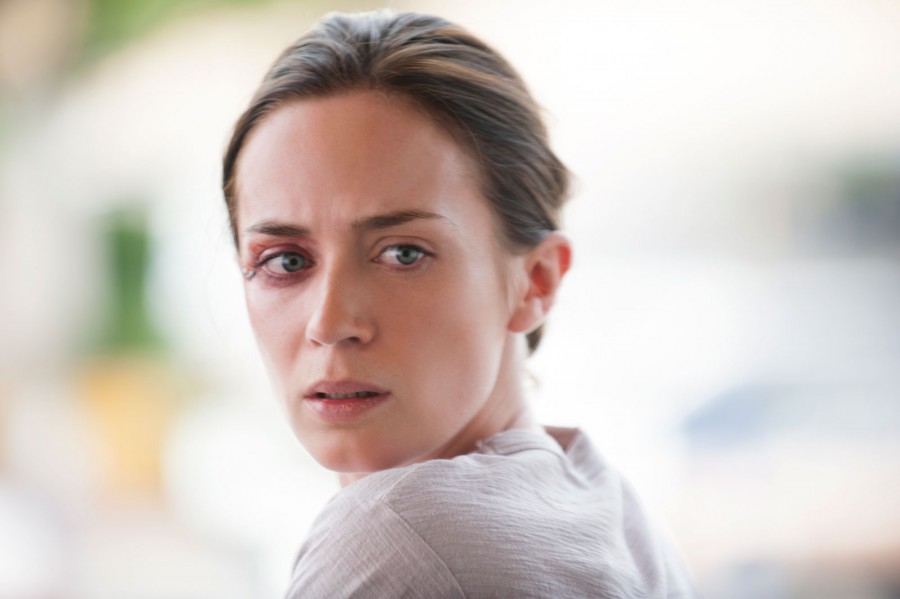 With an flawless veteran cast featuring Emily Blunt, Benicio Del Toro and Josh Brolin, “Sicario,” released in October 2015, is one of the best films concerning the current war on drugs. While the subject is all too real, the tense thriller transfers us to an unpredictable realm where the police are potentially as guilty as the cartel.

It’s rare, even in recent years, for a woman to play the starring role in films–especially in a police vs. cartel action tale. But thanks to Emily Blunt’s effortless portrayal of the naive yet hardened FBI agent Kate Mercer, “Sicario” goes beyond the typical male-driven thriller.

While on the surface, Blunt’s role mirrors other action packed characters she has played in films like “The Edge of Tomorrow” and “Looper,” Blunt’s subtleties set her apart from characters of her kind. Throughout the film we understand her shock, frustration and distrust toward the violence happening around her all through the furrowing of her brow and the shift in her weight.

Blunt carries her grace into this morally driven character who seems to be the only untainted soul within the drug and money-fueled world. After hesitantly enlisting in an enigmatic task force, Mercer slowly realizes that the war on drugs isn’t won easily or cleanly.

While the film’s focus is on Mercer’s career and moral journey, hearing more about her background would add dimension beyond her closed off demeanor. Knowledge of her start in the task force and her familial relationships would help connect us more to Mercer, but the writers instead use her character to stage the fight, and contrast what’s behind the curtain of the DEA unit.

From the time that mysterious agent Alejandro, played by the scene-commanding and often scary, Benicio Del Toro, steps into the private jet following Mercer, it’s easy to predict he is the force behind the curtain.

Del Toro has hit very few lows in his nearly 30 year career. Ever since his crazed character in 1998’s “Fear and Loathing in Las Vegas,” he’s been an it-man for Hollywood thrillers. Since many of his roles feature him as a drug lord or a corrupt cop, he’s perfected the role of the unpredictably violent anti hero. In “Sicario” Del Toro portrays a secret agent with undeniable power and ‘ends justify the means’ morality. His role isn’t a stretch from other films he’s starred in, but as his true character unravels, he steals “Sicario” for himself.

Many times throughout the film it’s easy to forget that “Sicario” is an action thriller and not a horror film. With Mercer’s distressing encounters with unstable men, Alejandro’s imbalance and Roger Deakin’s brazen images, it’s hard to leave the film feeling unscathed.

It’s no surprise Deakins’s cinematography in “Sicario” was nominated for an Academy Award. The stylish but understated car chases within Medellin’s bustling downtown setting shows parts of Mexico that most Americans would never set eyes on. From the gruesome opening scene to deserted road police pursuits, Deakins evokes violence with little bullet action. The most dread inducing scene (a drug tunnel raid) offers its thanks to composer Johann Johannsson, who was Oscar nominated for his work on the impactful score.

“Sicario” is arguably the best drug cartel thriller of the 2000s, thanks to its twisted characterization and flawless camera and sound work. The mexican cartel versus the U.S. government story feels a little recycled at points, but in the end it comes together in a petrifying way that feels completely fresh and new.