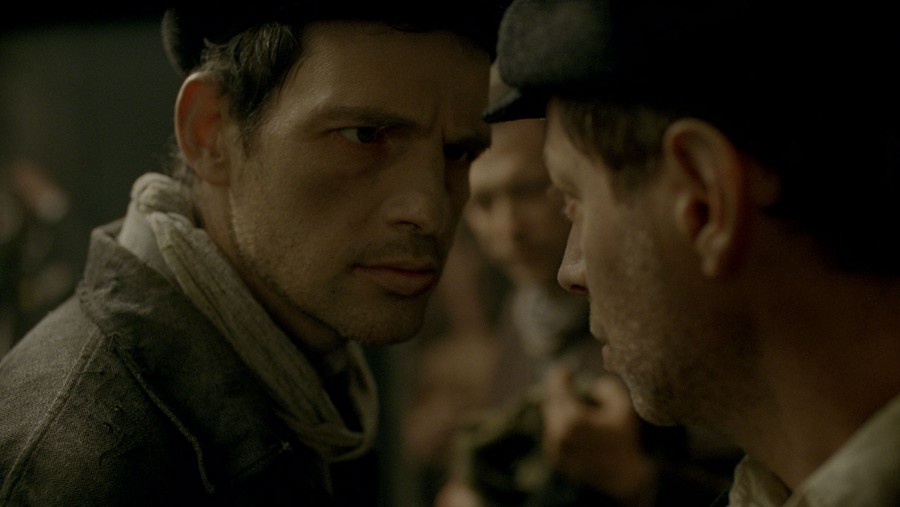 The new movie, “Son of Saul,” released on Dec. 18 of last year, took the world by storm, making over 3.3 million dollars the opening week. The Hungarian film won for best foreign film at the Academy Awards and has left a lasting impression on both the viewers, and the actors themselves.

Saul Ausländer, played by Géza Röhrig, a prisoner at Auschwitz, struggles to accept the work he’s doing in the camp. While clearing bodies, he takes the body of a young boy to give him a proper burial, after becoming convinced the boy is his son.

Recordly nominated for awards in 2016, “Son of Saul” won an Academy Award and a Golden Globe for Best Foreign Film.

Röhrig is a Holocaust victim, and is one of the best actors I’ve seen. Röhrig, along with the rest of the cast, displayed palpable emotion in their interactions and decisions they made in the camp. Sándor Zsótér, who played Dr. Miklos Nyiszli, showed great sympathy as well, even though he had short screen time, performing the autopsies of the special cases that survived the gas chambers.

The unique aspect of “Son of Saul” comes from the camera angles. Most of the movie shows footage from right up next to Saul, showing what his world looks like first hand.

Éva Zabezsinszkij, the casting director, aimed to hire actors that spoke their characters specific language to minimize complications with pronunciations, which was evident in the confidence of the cast.

The overall movie showed that Saul and most of the men didn’t agree with one another. The characters knew that to survive the camp, they should help each other.

Audiences that enjoy learning about the Holocaust would appreciate this film. Someone who doesn’t understand the Holocaust, or who can’t handle graphic scenes well would not enjoy it. If you haven’t seen “Schindler’s List,” a very graphic Holocaust movie, I recommend seeing it if you’re unsure about this film. Both films show similar amount of graphic content.

“Son of Saul” is rated R for disturbing violent content, and some graphic nudity. Rotten Tomatoes gave an 86% enjoyment rate, and the movie has an average 8.7/10 rating.

I give this movie a B. I really enjoyed the intensity of the death camp scenes, and how  the struggles, worries and the focus of the camp workers was portrayed. Knowing a lot about the Holocaust, I felt the movie really captured the honest struggles of the prisoners.