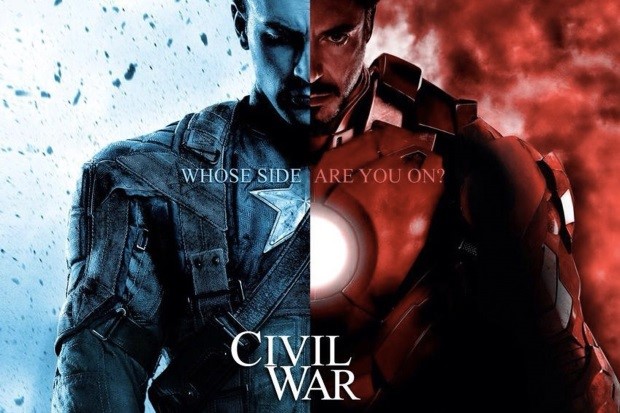 Breaking away from stereotypical superhero movies, “Captain America: Civil War” continues Marvel’s film success. Rather than fighting aliens and monsters, “Civil War” focuses on the rising tension between each character.

There are always two sides to a story, and the right side may not always be a clear choice. Franchises zero in on this conflict to fuel large movie productions, with the latest being “Captain America: Civil War.”

As the final movie of the Captain America trilogy, “Civil War” wraps up its plot ties from the previous movie, “Captain America: The Winter Soldier,” with Captain America, played by Chris Evans, helping his best friend Bucky Barnes, played by Sebastian Stan, recover from his memory being wiped. Unlike other Marvel movies, “Civil War” is not about fighting aliens or other supernatural threats, but rather about man vs man conflict.

Following the events of mass destruction from the Avengers’ time in Sokovia, the government has announced the release of the Sokovia Accords, which would put all superheroes under government control. Iron Man, played by Robert Downey Jr., readily agrees because he feels he is to blame since he created Ultron. However, Captain America fears that the government will try to overpower them, so he steers clear of signing the Accords.

Unfortunately, their decision must be unanimous, creating conflict that will destroy friendships. Captain America recruits new and old friends to stand with him, while Iron Man does the same, preparing for a fight. Since they’re Avengers, it is expected for them to work together, yet they can’t agree on the Accords. Every member of each team is suddenly pitted against each other in the battle between right and wrong.

I would definitely give “Civil War” an A. I felt like I could easily relate with all the characters because they weren’t off fighting supernatural forces, but instead they were dealing with issues non-super people have. Superhero films are usually stereotyped with good overcoming evil in an ultimate battle, but thankfully “Civil War” broke out of that simplistic mold.

Even though “Civil War” is in the Captain America trilogy, there are so many returning and new characters that it feels like an “Avengers” film. “Civil War” definitely focuses on Iron Man vs Captain America, but at the same time, Marvel takes the time to focus on underlying characters like Vision, Scarlet Witch, and Spider-Man, and what they really think about the new Accords.

“Civil War” definitely keeps the ball rolling in Marvel’s cinematic success. Not only does it continue with characters that have been around for awhile, but it also introduces Black Panther, played by Chadwick Boseman, who will have his own movie in a few years. With every new movie release, there is a silent fear that Marvel’s time in the cinemas will be over, but that is certainly not the case with “Civil War.”