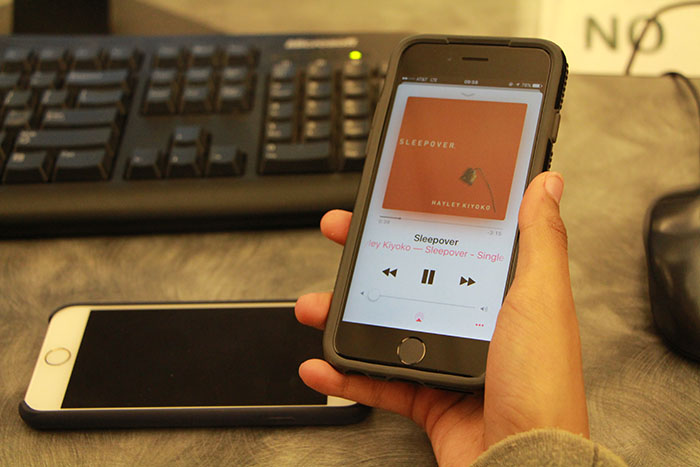 Being in an environment where one feels accepted is something teenagers crave. Hayley Kiyoko, a popular Indie musician, made this environment a reality for those who saw her Portland concert on Mar. 11.

“It was kind of the best concert I’ve ever been to,” Tahnna Shaaban, sophomore, said. “I just felt really accepted. It felt like a community where I belonged and like I’d found my home; my rightful place to be.”

The concert, which was held in the intimate Hawthorne Theater, sold out, and was filled with kind people.

The modest size of the venue and the fact that the concert was entirely general admission gave attendees a better view of the stage than a bigger venue normally would.

“I had never been to the Hawthorne Theater,” Shaaban said. “ I really loved it because it’s so small. I’d love to go there again,”

Kiyoko’s music tends to resonate more with girls who like girls, as her most popular song “Girls Like Girls” would suggest. She uses her music to tell her coming-of-age as a gay girl, and to help show other people like her that they aren’t alone in the world.

“I would recommend this music to any and all gays,” Shaaban said.

Throughout the concert, Kiyoko (who was sporting a jean jacket that said “Obama” on the back) shared information about her life that a lot of the audience was able to connect to, such as when she explained the background to one of her songs.

“I really liked when she talked about the “This Side of Paradise” background,” Shaaban said. “The background is how she had her own world when she was in middle school It was really cute because it’s something a lot of people can relate to.”

“She would come home and just kind of imagine herself in another world, in a world where she could just be herself and only herself,” Harpole said.

While the majority of Kiyoko’s music doesn’t come from a band, but rather from a backtrack, she didn’t have this with her at the concert. Instead, she found other ways to create the music for her fans. Because of this, she really stood out from other musicians.

“I thought the music was great. I was impressed because she has the type of music where you would expect her to have a backtrack, but she had background singers there and a drummer and all that,” Shaaban said. “She was drumming, too, and playing keyboard,”

Kiyoko’s nonchalante humor, dorky dancing, and general carefree attitude gave fans a newfound freedom confidence to follow in her footsteps and be themselves.

“She was one of those people who when we saw her live it made us love her even more because she’s so much cuter in person,” Shaaban said. “It made me feel more confident in myself because she pulls off just being a big dork.”