Kong: Skull Island gives backstory of King Kong before he was the block-buster building climbing gorilla. 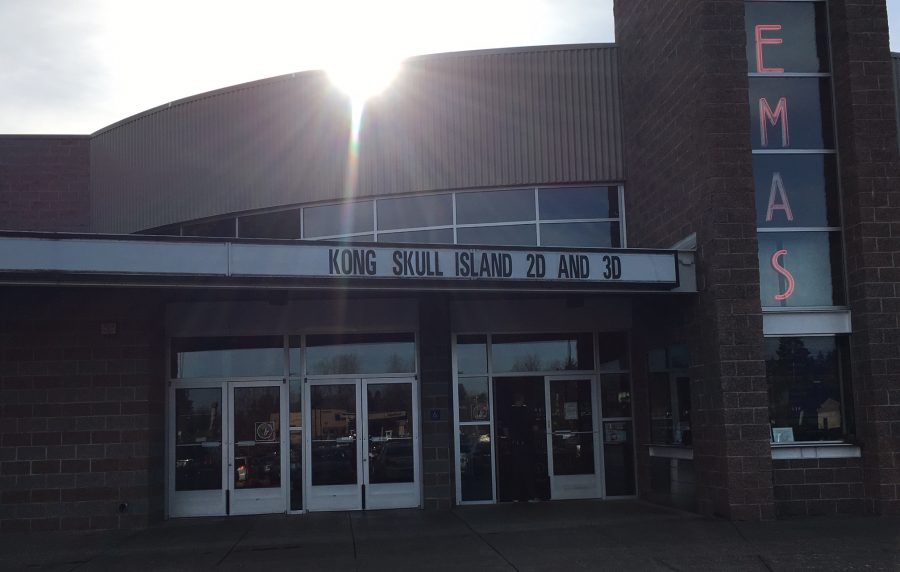 With all the hype in the movie theaters being focused on movies like Logan, Get Out, and Beauty and the Beast, Kong: Skull Island was left overlooked, but this hidden gem proved to be a diamond in the rough.

Living on an island in the Pacific Ocean hidden by storm clouds, Bill Randa, played by John Goodman, and Houston Brooks, played by Corey Hawkins, found this island through satellite imaging and set out for an area that had been virtually untouched by mankind. Due to the lack of knowledge of what would be encountered on the island, a group of soldiers that were coming home from the Vietnam War, scientists that wanted to record the things discovered on the island, a war photographer and a tracker/ former British Special Air Service soldier tagged along for the trip.

As soon as they fly into the island and begin doing seismic tests, they are interrupted by something like no other, King Kong. After a thrilling first fight scene against the beast, the soldiers captain, Preston Packard, played by Samuel L. Jackson, had his mind set on avenging his comrades that had fallen to this beast. Once reconnected with the group since being separated by Kong, they continue on to the rendezvous point where they were supposed to be picked up by helicopters. Along this trip they encounter many never before seen creatures and they also learn about one type of monster in particular that is nothing but trouble. The Skullcrawler is the only other top of the food chain creature on the island leaving Kong to keep them in check, but with Packard set out to kill Kong, the question of, is King Kong really the bad guy? Is what the group has to find out if they want to make it off the island alive.

I really loved the original King Kong idea and movie that took place back in 1933,  but this movie absolutely blew me away. Between the suspense of what else was on the island and how the characters were going to survive, the movie stayed entertaining for the entire screening time. Along with this, the special effects were absolutely stunning and the fight scenes were done perfectly. There was just enough action as there was character development, leading to a stronger emotional connection to the characters. In particular, Jackson’s performance of Packard really caught me. As a viewer, I really felt that his story and the reason behind his fiery passion for killing Kong connected. War had become his life and he didn’t want to go home when the Vietnam War was over. He was the spirit of war and really was addicted to it.

This insight behind the iconic King Kong movie simply amazed me and gave a different perspective on the beast. In my opinion, this was easily the best King Kong remake there has ever been. The way the movie played out made me feel like it could set up for another movie about how Kong actually gets off the island and finds the war photographer that he later climbs the Empire State Building with. I completely recommend seeing this movie, as it kept me entertained and on the edge of my seat waiting for what would happen next.