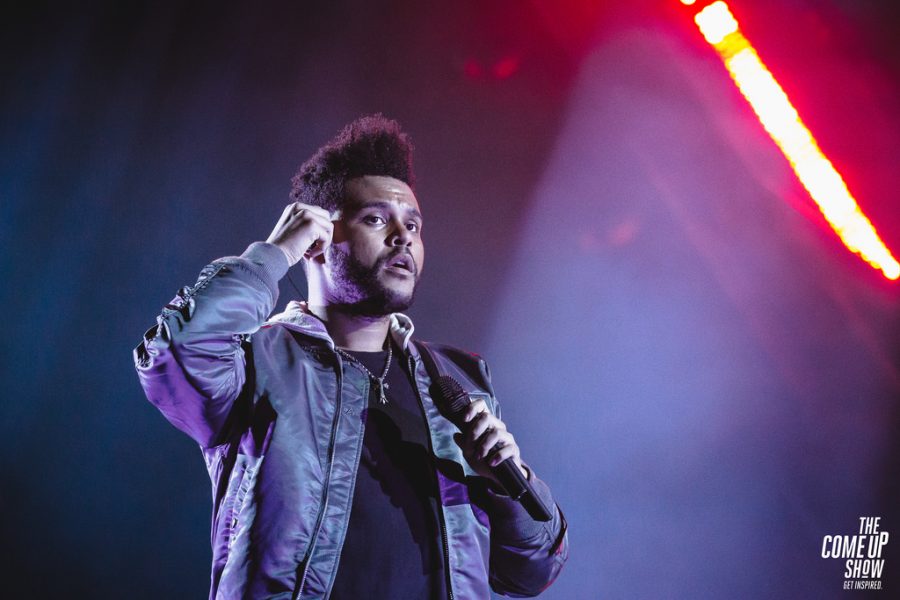 R&B success, The Weeknd,  kicks off the start of his Starboy Tour in Denver, Colo. Since his last tour, The Madness Fall Tour in 2015, The Weeknd has released a whole new album filled with electronic R&B. His album was a huge hit with top charts songs like “Starboy,” “I Feel It Coming” and “Sidewalks.” The launch of this album was also the launch of The Weeknd’s new business sleek appearance; cutting off his iconic dreads and feature with popular artists like Daft Punk, Lana Del Rey, Future and Drake. All of these new changes contribute to setting up The Weeknd for sweeping the Billboard’s Top Charts hits.

The Weeknd’s last tour, The Madness Fall Tour, impressed fans and critics across the country. Live singing, Michael Jackson inspired dance moves and powerhouse songs like “The Hills” blew people away and The Weeknd proved himself as a rising pop and R&B artist. He’s gone from being a B list celebrity to A list in a matter of months, with his new change in music style that makes him a radio hit. The Starboy Tour will include many of these hits people from all over the country heard on the radio daily, and this is what’s making his tour a quick sell out. His setlist includes “Can’t Feel My Face,” “Often,” “Acquainted,” “High For This,” “Starboy” and many more. With The Madness Tour being The Weeknd’s last tour, fans are excited for what he will bring to Starboy and have high expectations. The Weeknd hits Portland’s Moda Center in October, and tickets are already almost sold out. Ticket price ranges from $60-$500 depending on where you want your seats.

If you are interested in checking out tickets for the tour you can find them here: https://www.theweeknd.com/tour

The Weeknd has not only been expanding himself musically, he has been expanding in the fashion world as well. The Weeknd recently collabed with H&M to do a line of clothing inspired by his recorded company XO. The line includes t-shirts and sweatshirts designed by him and produced by H&M sold in their stores globally. He also has partnered with Puma to design a shoe line that will hit stores in November. The Weeknd has clearly kept himself busy this year expanding into fashion and touring at the same time. If  you want to keep up with The Weeknd and other projects he’s working on follow him on: Twitter @theweeknd and Instagram @theweeknd.