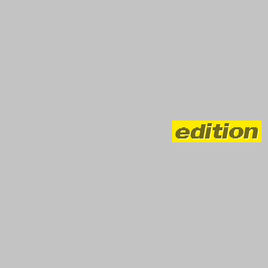 On Oct. 12, underground indie/R&B sensation, Rex Orange County, put out “Edition,” the latest in a long stream of presumably non-album singles. This is the fifth non-album single Rex has dropped, and the first since the release of his second album, “Apricot Princess.”

“Edition” is one of Rex’s shortest singles, clocking in at one minute and fifty-five seconds. The short duration and loose structure of the track are somewhat surprising, being more reminiscent of Rex’s earlier work, and going against his more recent trend of putting out longer and less abstract songs. While this was a nice change of pace, there were some things that certainly could’ve been better realized with this release.

One thing about this track is that it sort of seems to lack direction. Throughout the less than two-minute run time, the beat seems to gain momentum, and almost feels to be building, adding bass, more synths, and vocal harmonies, one by one, setting up some sort of climax or chorus, and exciting the listener. Unfortunately, this climax never comes. It builds up, then it all drops away again and fades out, leaving the audience feeling unsatisfied, as if there was something more to be said. Perhaps this was intentional, and Rex was trying to make a statement of some sort. However, if this was the case, that could have been a little more clear.

“Edition” is a somewhat confusing choice for a single, being a bit less accessible, but it is by no means a bad song. Fans will be happy to hear many familiar elements of the artist’s signature sound, including a great backing track, some nice guitar, and classic Rex lyrics. This one is a bit of a throwback; it sounds like a song that might be found on “bcos u will never be free,” more so than one that might be found on “Apricot Princess.” All in all, certainly worth a listen.