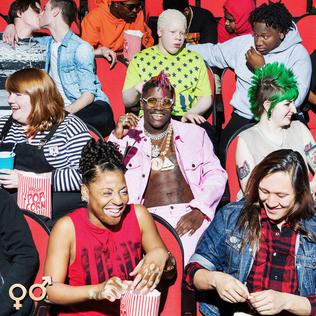 The album was number five on the US Billboard 200. The hit song “PeekaBoo,” featuring rap group, Migos, propelled the album into the mainstream.

This album was great, especially the songs featuring people like Migos and YG. Overall, Lil Yachty did an amazing job on this album because he’s only 20 years old and has been in the music business since he was only 18, which a lot of teens would not be able to do.

The standout songs on the album are “Peek a Boo” feat. Migos, “All Around Me” feat. YG and Kamaiyah, or “Priorities” because they both have a good beat with interesting lyrics.

Some of his songs on this album were very repetitive, such as “Harley,” but overall, the album gives a message or something that really means something to him in each song.

Some of his best lyrics come in songs like “Been Through A Lot,” when Lil Yachty raps, “Teachers said I wouldn’t be nada but now my momma Prada.”

This album is for anyone who likes rap style music, or to people who are looking for a song that says a story or a message in a fun and sometimes funny way.